The Largest Turbine in the World, The “GE9X,” Takes First Flight.

The Largest Turbine in the World, The “GE9X,” Takes First Flight.

Here in America, we’re known to be fans of everything big, loud, and, well, ...

Here in America, we’re known to be fans of everything big, loud, and, well, excessive. In many cases, the bigger the better and a lot of times, there seems to be an insatiable need to keep on scaling it up, time and time again. Therefore, when we heard about the largest turbine engine in the world, we definitely had to take the opportunity to grab a peek at this thing and we have to admit that the GE9X is most certainly an engine of impressive size and here speed society, let’s just say that we know little bit of something about engines.

As of March 13th, we would get the chance to check out some footage from GE Aviation’s 747 flying testbed in Victorville, California as this engine would make its first test flight ever. Just imagine being on board that airplane that also happens to be a great big science experiment to see if this engine can hoist it into the sky.

I’m sure that’s a casual observer, such a task might be incredibly daunting and bring a lot of stress with it and, we’re sure that there is some stress associated with testing out a new engine but there’s probably a good amount of confidence from the folks tied up in this project who should understand exactly how this thing was engineered and where its strengths and weaknesses lie.

If you follow along down in the video below, you’ll be able to watch the craft boasting this massive engine as it takes off into the sky, potentially making you wonder exactly how such massive bodies can gather the ability to fly like this. With how counterintuitive such a heavy craft gliding through the sky is, it really leads the brain to wonder but I guess we will that topic of discussion for another day, though. 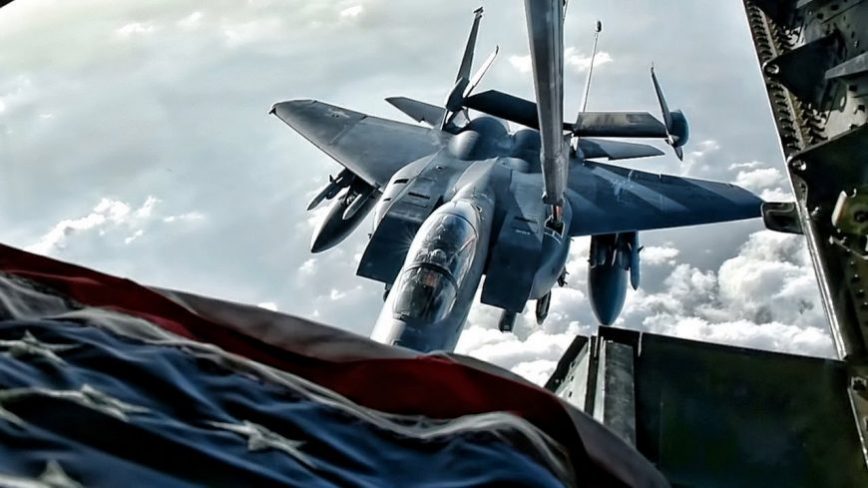