The Legal R34 Skyline Hits The Road In America 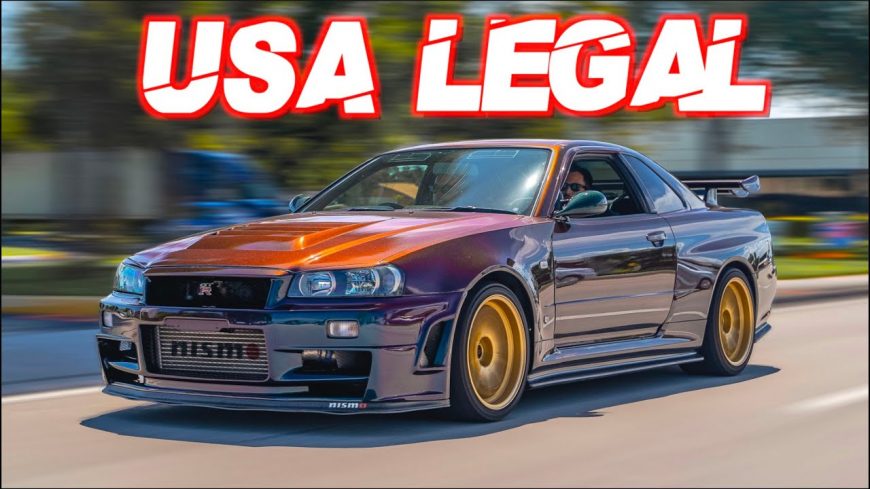 If there’s one thing that absolutely drives import fans crazy, it’s that they can’t buy some of their favorite machines. As it turns out, if a vehicle was never available here in America when it was originally released, they have to wait until it’s 25 years old before they can legally drive it on the streets.

Most of this has to do with safety standards and differences of opinion between America and other nations. However, as soon as the car officially becomes a classic, you can bet your bottom dollar people are spending big money in order to import them to America and have their favorite toys available when they walk into their garage.

This time, we get the opportunity to check out one of the upcoming machines readily available for import that’s going to be incredibly popular over the next couple of years.

We’re speaking, of course, about the Nissan Skyline R34 GT-R. The model will turn 25 in 2024 but somehow, this time, we’re able to see examples roaming American streets. The machine has definitely been an import fan favorite for years. Having been featured in the likes of the Fast and Furious franchise also gave the car a bump, even though it has had quite a following even without the help of the most iconic movie franchise of all time paying big-time homage to the model.

By following along with the video below, the guys over at That Racing Channel get the opportunity to get up close and personal with some pretty awesome Nissans. The R34 is definitely a model that’s quite easy to fall in love with and it seems as if that’s exactly what the TRC crew did here. The encounter is almost as equivalent to meeting a childhood hero in person and getting to go on a spirited drive!