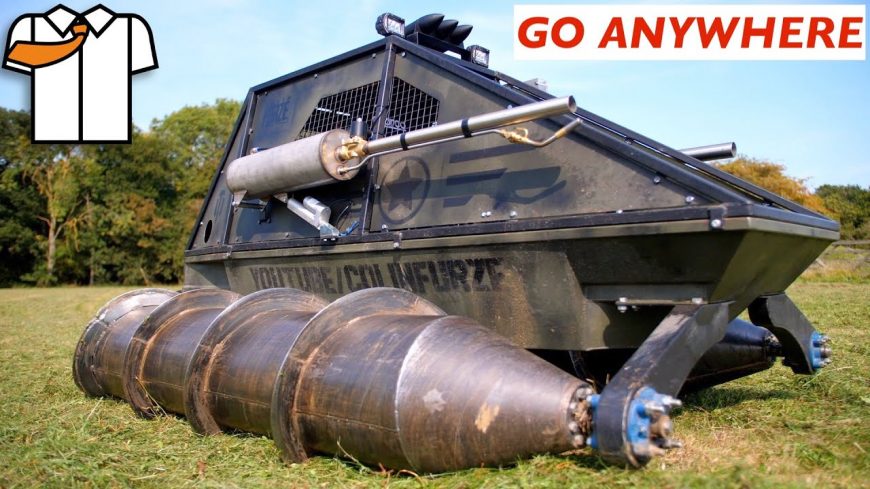 For those unfamiliar with Colin Furze, allow us to introduce you. Furze just so happens to be one of the YouTube’s favorite DIY creators as he puts together some of the wildest mash-ups we’ve ever seen. These aren’t just any concepts, either. Instead, the ideas always seem to go above and beyond. Not only are they completely in a world all of their own in concept. They can also tend to be done bigger and better. Let’s just say that one should expect the unexpected when they approach anything built by Furze.

This time, the creation in question is none other than a personalized tank. If this doesn’t spell out “Different,” we aren’t sure what does. Much like many other creations put together by Furze, this one has been constructed with some pretty simple tools in his own workshop. However, the finished product of some of that looks rather professional and definitely has a machine that we think will have most who lay eyes on it wanting to go for a ride.

Perhaps the feature of this machine that makes it the most unique, aside from the fact that it is a personalized tank, is the propulsion system. Instead of traditional tracks that one might find on a tank, this one has screws. With the help of large screw-shaped drums, the machine is able to tear its way through all sorts of terrain and make its way forward. It’ll even be able to float if need be.

Last but not least, there is no good tank without the ability to file a projectile here and there. Onboard, we find a fruit cannon that is sure to find more than its fair share of uses. We get a feeling that this feature would never get old but if it did, the flamethrower might just be able to step in and make things a touch more interesting.