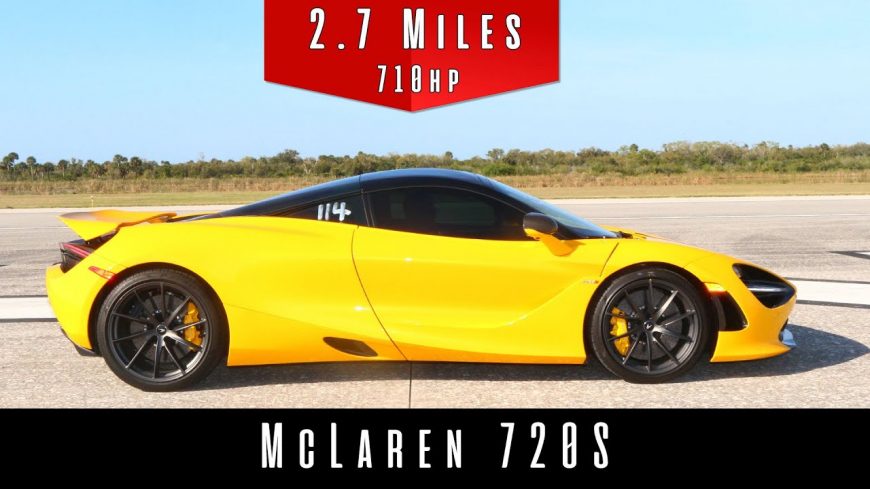 When taking a look at some of the best performers in the industry, it’s hard to deny the McLaren 720S. This is really a model that continues to throw the haymakers. Not only that but it seems to pack in a lot of value in the sub $300k bracket as well. We get it, that’s a lot of coin. When we check out what this thing can accomplish, though, in the scheme of other machines in the supercar ranks, that’s pretty much a bargain. Time and time again, when watching the 720S go to work, we can’t help but be impressed by the outcome.

This time, the task at hand is none other than a top speed run. What could be more exciting than watching a car like this go at it with seemingly unlimited ground to make its attempt? The sights and sounds are definitely capable of getting the adrenaline pumping for what’s about to come next. As this thing gets ready to go to battle, the revs make their way toward the redline and eventually, it’s off to the races. The sound of this thing going wide open is enough to give anyone the itch to race!

By following along with the video below, we take a ride to the Johnny Bohmer Proving Grounds to see just what this McLaren is capable of. When McLaren originally staked its claim, they said the car would be able to manage a 212 mph pass at top speed. When all is said and done, though, the machine mustered up a whopping 216 mph. That’s pretty incredible when we consider the fact that this McLaren has not been modified one bit.

It’s always exciting when we see a car like this not only hit its marks but also exceed them. In a world where numbers are stretched, seeing a car exceed the claims is certainly an experience! That 710 hp really gets the job done!