In certain corners of the auto market, there are extreme vehicles that make jaws drop ...

In certain corners of the auto market, there are extreme vehicles that make jaws drop no matter where they go. Sure, these vehicles aren’t going to apply to the masses, in most cases. However, these anomalies are rides that we can’t help but sink our teeth in, no matter how impractical.

This time, we check out a machine that’s about as big and bold as one could possibly ask for. As if a typical Mercedes-Benz G-Class wasn’t flashy enough, this one extends the concept quite literally. Instead of just two axles in a traditional layout, the Mercedes-Benz 6×6 has three. That means that there are 6 wheels for even more versatility while traveling off of the beaten path. Furthermore, this thing is a brute, weighing in at over 9,000 lbs.

This time, Doug DeMuro is taking control of the massive machine and giving us the entire rundown. Doug has a way of showing off these sorts of vehicles in a light that not too many reviewers are able to. With that, we’re investing ourselves in learning just about everything that there is to know about this massive machine. That even includes a comparison to Mercedes’s traditionally sized SUVs. Spoiler alert: This thing is much more massive!

By following along with the video below, we get an inside line on DeMuro’s review of one of the biggest vehicles on the market today. We’re not sure that this thing would fit in most driveways. It’s hard to argue against the fact that it would be pretty neat to wheel around in on the street for a couple of days.

After checking out the video below, be sure to tell us what you think of this massive 6×6. Is it too much to handle or does it really deliver that “cool” factor in a way like few others can?

He Wired a Horn to his Dad's Brake Pedal, the Freakout was Epic 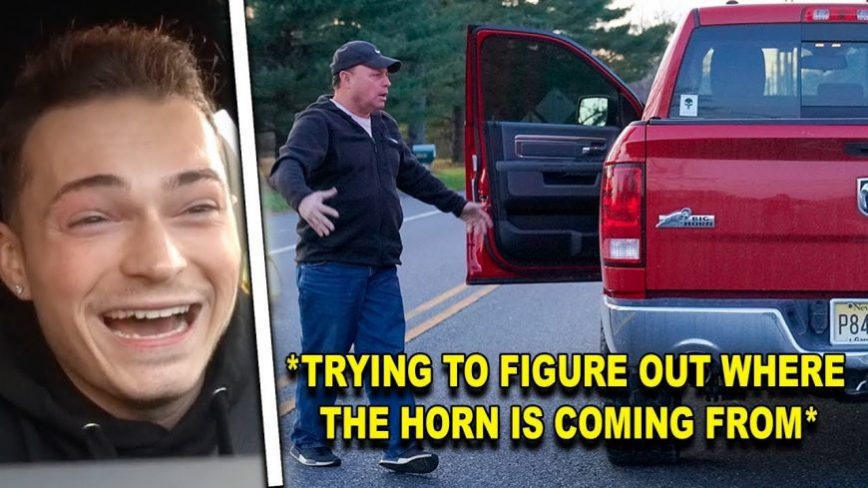