The Most Expensive Gas Station In America, But Why? 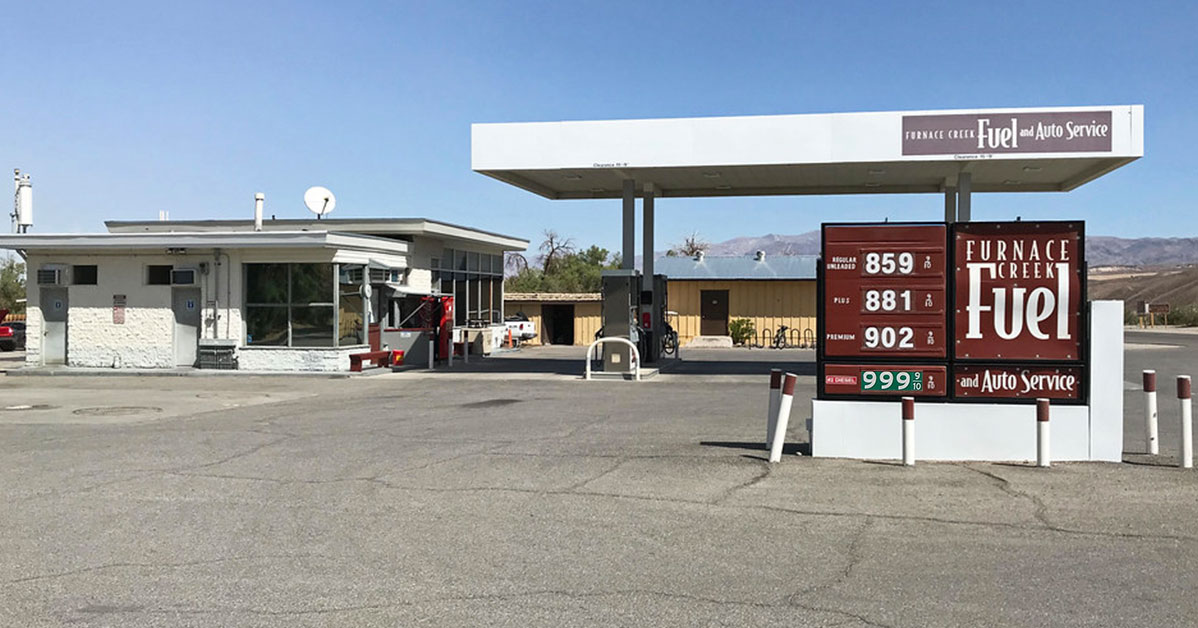 Why Does This Gas Station Have the Most Expensive Fuel in the U.S.?

The rising cost of fuel has been a popular topic for the past month amid record-high prices at the pump, and while gas prices throughout the country are the highest in years, one gas station, in particular, has grabbed lots of online attention.

Located in Furnace Creek, California, is Furnace Creek Fuel and Auto Service, the only gas station for the entire town. Situated near oft-visited Death Valley National Park, Furnace Creek, officially referred to as a census-designated place, is home to just 136 people, as of 2020.

But despite the low population, Furnace Creek is a popular place to stop for tourists.

Situated conveniently off California State Route 190, Furnace Creek is popular for those traveling to the national park because it is the only highway that runs into and through the park. 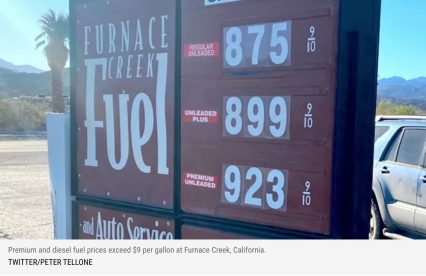 In mid-March, Furnace Creek Fuel and Auto Service had regular fuel available for $8.75 per gallon and diesel for $9.99 per gallon.

As of March 28, the price of fuel at Furnace Creek has risen, now being reported at $8.94 per gallon for regular, according to Gas Buddy. Furnace Creek Fuel and Auto Service remains the most expensive gas station in the country.

Despite its popularity, Death Valley is a challenge and a danger to access due to winding highways, unconstructed gaps and long stretches of desolate interstates, including one stretch along Route 190 that only has seven intersections along a 130-mile stretch.

But it’s not just travelers that are inconvenienced by these logistical hurdles. Getting items and services to Death Valley is also a challenge.

Only three gas stations are positioned along the long eastern portion of State Route 190. For fuel tankers coming eastbound, trucks have to carry fuel through many dangerous mountain passes and detour significantly to the south before going north due to the gap in Route 190.

Despite Fresno only being located 17 miles north of Furnace Creek, the drive often requires a 110-mile detour south before routing back north.

Going westbound, the first station is located about 30 miles after Death Valley Junction.

On top of that, harsh and quickly-changing weather conditions can occur on these routes in all seasons, as a drive to Death Valley often requires driving through the southern part of the Sequoia. 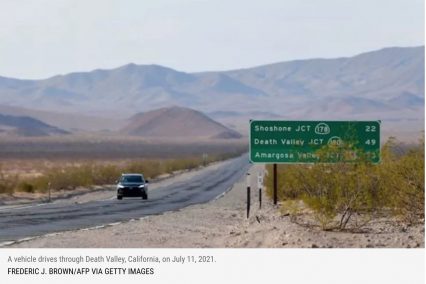 Weather conditions can be vastly different there compared to Death Valley, even though it’s only a few hours away. While conditions are brutally hot and dry in Death Valley, shipments often deal with the cold and snow in the Sequoias.

“The issue of seeing snow on the ground, to seeing just dry ground or nothing, can be an issue for travel,” said AccuWeather Senior Meteorologist Alan Reppert.

The mountainous Sequoia region is situated just west of Death Valley, preventing most moisture from reaching Death Valley, which averages less than 2 inches of rainfall per year.

“A lot of the time, precipitation struggles to get in there as the mountains around it may get rain or snow. The lack of rain is due to being in the middle of a large valley between mountains and in the SoCal area,” said Reppert.

Most famously, Death Valley is known as the hottest place on earth and the driest place in North America, according to the National Park Service. The warmest air temperature ever recorded on Earth occurred in Death Valley on July 10, 1913, when the station in Furnace Creek recorded a temperature of 134 degrees Fahrenheit.

Due to the extreme heat, summer can be an even more dangerous time to drive into Death Valley. Drivers transporting goods could easily face heatstroke without proper equipment, and even the roads themselves could turn into a danger to transport.

“As we get into the summer, the ground can be so hot that it causes issues with the road and tires,” said Reppert.

Overheated engines can also become a problem to those traveling into the area during peak warmth. In 2020, multiple vehicles broke down in the park due to overheating engines while the air temperature was 128 degrees.

“[Broke down cars] can quickly turn fatal if passengers are stranded in this climate without air conditioning,” Death Valley National Park officials said on Facebook. 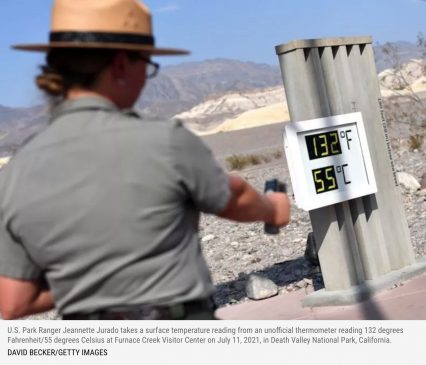 With the weather getting warmer and summer just a few months away, gas will become more expensive to produce due to refiners switching from winter blend to summer blend. Winter blend gasoline is cheaper to make due to its higher Reid Vapor Pressure, the measure of how easily fuel can evaporate at a certain temperature. A higher RVP is achieved in the winter by mixing butane into the fuel.

However, when temperatures warm up, fuel with higher RVP can contribute to increased emissions and air pollution, according to AMSOIL. This results in refiners having to reduce butane and replace it with pricier alternatives.

While it remains unknown exactly how high gas prices will rise this summer, there are some ways you can improve your fuel economy in the meantime to prepare.

Produced in association with AccuWeather.com.

This story was provided to Newsweek by Zenger News.