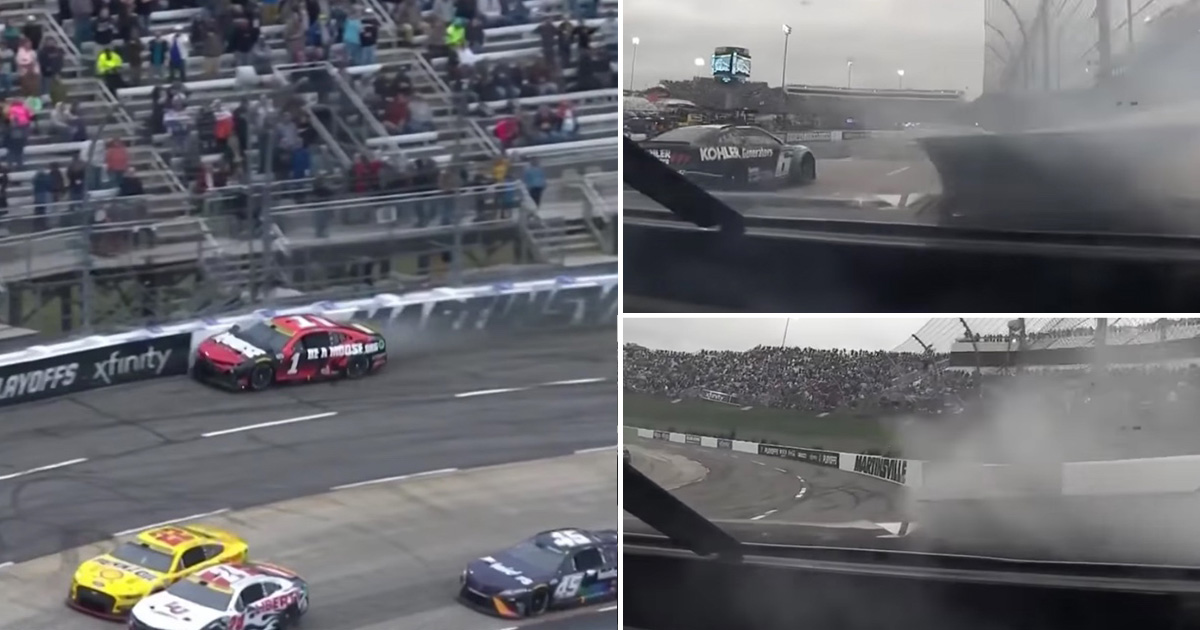 In what many are considering the most iconic move in NASCAR history, competitor, Ross Chastain, pulled something out of his bag of tricks that was akin to a move in an arcade game.

On the final lap of the final elimination race for this particular round that leads to NASCAR’s final championship race, Chastain faced a situation where he needed to gain just two points, that is, two positions in the field, in order to advance to the next round. 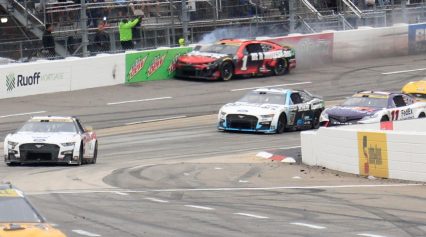 When Chastain came to the realization that there was no realistic way that he could possibly pass two cars with just one lap to go on the small track at Martinsville, he went into desperation mode. What came next was absolutely iconic as Chastain did something that he says he learned from a NASCAR video game for the GameCube that he played when he was a kid. Chastain shifted into fifth gear, pinning his throttle to the ground, and sending his car through the corner much faster than the machine could appropriately handle the angle of the turn. Instead, the car stuck to the wall, scraping its way around as the machine flew past five competitors, giving Chastain all of the space that he needed in order to advance to the next round of the playoffs.

Summing it up as a video game move or something that Ricky Bobby would try to do would be entirely appropriate.

With a roar from the crowd, Chastain explained the move, that he “did when he was 8 years old” on his Nintendo GameCube. Chastain admitted that he had no idea if the crazy idea would actually work and hoped that nothing crazy would happen to derail his effort that pushed the car to victory.

NASCAR says the move was within the bounds of the rulebook and although they will address any driver concerns this week, no rule change is expected for Phoenix. https://t.co/Kyp5ZWCr7O

Respected NASCAR journalist, Jeff Gluck, tweeted shortly after the race that several drivers called for NASCAR to officiate moves like Chastain’s in the future. Fellow competitor, Joey Logano, suggested that drivers not be allowed to make a pass while making contact with the wall.

However, this particular move was fully within the rule book and there is no rule change expected for NASCAR’s championship race in Phoenix that Chastain will now be a part of.

« GMC Photoshopped a Competitor’s Image and Re-released it, The Internet Found Out