The Murder Nova Gets a Whole New Look For 2021 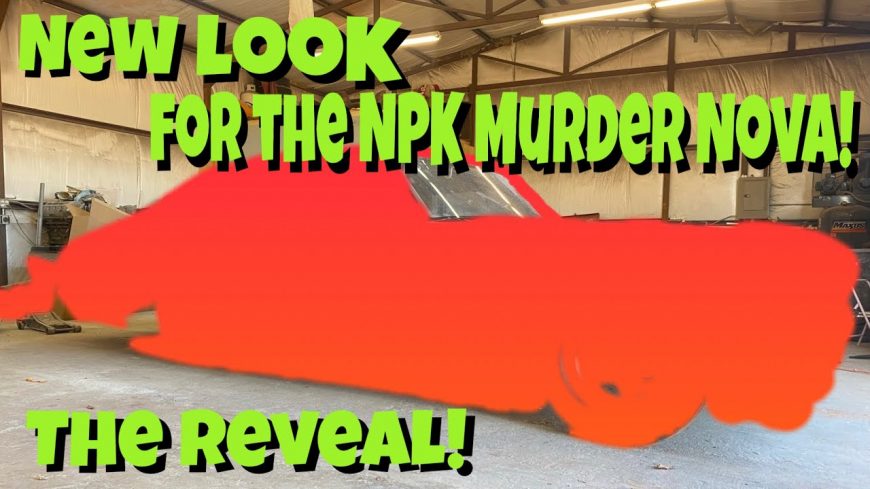 Sometimes, you just decide it’s time for a change. That change can come after a week, a year, or ten years. When it’s time to make that decision, though, sometimes you just need to pull the trigger on it and go for gold.

This time, we check out a decision that was made in order to change one of the most iconic cars in street racing. We would venture to think that pretty much everybody involved in the street racing community has at least heard of Murder Nova. Most who know the car know it has a flat black old school Chevrolet that looks like it’s going to eat your lunch. It’s definitely not a machine that we would want to meet in a dark alley.

Ever since it has been on the scene, the car has been coated in one finish. Everyone who has seen it is familiar with the flat black finish that accompanies the car which has even probably contributed to giving the car its name. There’s just something about an all-black car named “Murder” that really sends a message.

The man behind it all has decided that it was time to mix things up a little bit, though. While the color change wasn’t drastic, it certainly is going to turn a couple of heads and make a couple of folks do double of takes. Instead of completely switching things up, the machine’s paint has simply been changed from a matte to a gloss finish. It might not sound like a ton but when you’re used to looking at something one way for the entirety of its lifespan and it instantly changes to something else, things take a minute for the brain to process.

Down in the video below, Shawn gives us his thoughts behind the entire ordeal and what pushed him to finally make a little bit of a change with the new Murder Nova.