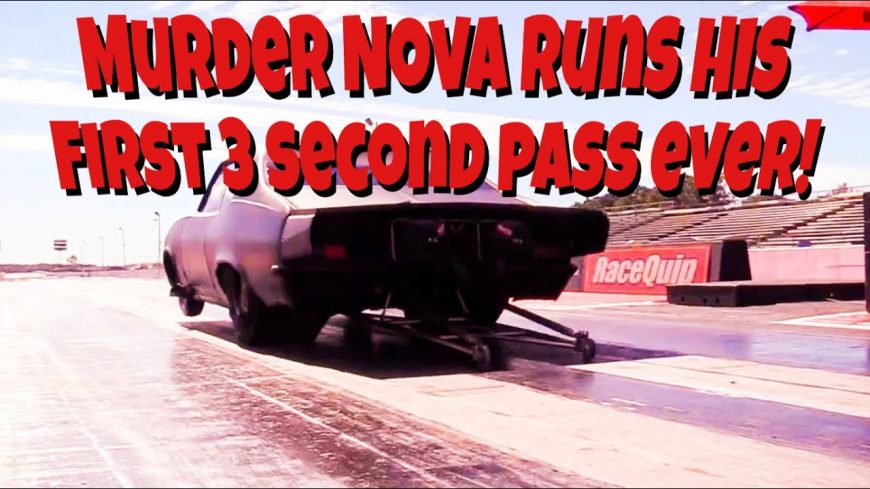 Sometimes, we get the sentiment in our heads that, just because the crew of Street Outlaws is famous, that knocking over records is easy for them. While the money and willingness of sponsors helps to some extent, it’s definitely not any walk in the park. With the nature of racing, money can’t buy wins. Because of the different classes and categories of cars, someone really needs to know what they’re doing and have the ability behind the wheel in order to punch a car into a certain bracket within a certain trim. Because of this, even if somebody has unlimited money among the Street Outlaws, they aren’t always guaranteed to go the fastest.

This time, we catch up with Shawn as he pushes the Murder Nova to a new height. For a drag racer, being on the barrier of obtaining the next second on the clock can definitely be a battle that takes a strong will to win. It might seem like a second isn’t that much time but the barrier between the four-second and three-second range is pretty insane. Not only does it take a lot of work to get there but it also takes a madman behind the wheel. Heck, dropping as much as a tenth of a second is an incredible challenge when you’re already going this fast!

By following along with the video below, we get to see how Shwan finally managed to blast home that three-second pass in the new Murder Nova. After working at getting this thing dialed in, it’s definitely an accomplishment and we’re sure that the team will only be pushing harder from here. In the vlog below, we follow along with the day, including that very moment that Shawn figures out that he has made magic happen out there on the track.