The Original Flying Car is For Sale on Ebay at a Staggering Price! 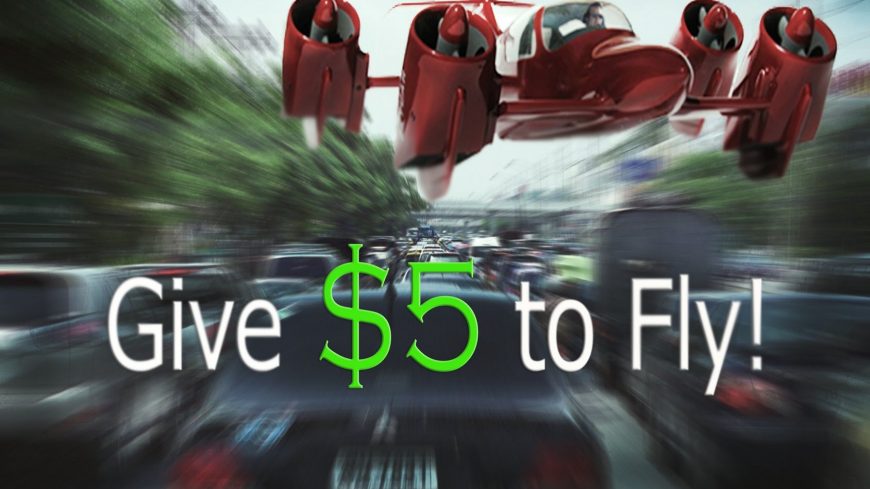 When you take one look at all of the technological advances of the last hundred or so years, the way that we travel is something that is consistently changing and moving at a pace that gets more and more rapid every day. With the rate that things are going, it’s only a matter of time before we get to a place where the automotive industry is completely unrecognizable to the present versions of ourselves. Just imagine a world where there are no longer wheels and everybody is flying around much like a scene from the Jetsons. It might have seemed far-fetched when a show like that originally came out but in today’s environment, you can definitely see that becoming reality down the road.

Even Henry Ford himself proclaimed that he could see a day where vehicles would be airborne.

Now, as you can probably imagine, there have been a bunch of attempts at creating something like this, a way to make transportation take a leap into the future by going up into the air. While none of the projects have really become mainstream, there have been some interesting attempts at taking a crack at a flying automobile. Recently, a car that had been seen as the “original” flying car has popped up on eBay and with the starting bid of $1 million alongside a “Buy-it-Now” price of $5 million, this flying machine could be yours for a small fortune!

The advertisement proclaims that the 2001 Moller International G90 M400 Skycar® is the world’s first true VTOL (vertical-takeoff-and-landing) “Flying Car” to be demonstrated. It continues on to say that the car has been flown many times in a restricted environment and covered by some of the biggest news outlets in the world. Who knows, maybe one day when cars actually are flying around on a regular basis, something like this will be seen as the first of its kind and could end up being a major collector’s item.