The People Have Had Enough! Mustang and Driver Attacked After Crashing into a Crowd!

The People Have Had Enough! Mustang and Driver Attacked After Crashing into a Crowd!

Lately over the past few years there has been an epidemic of Mustang drivers crashing ...

Lately over the past few years there has been an epidemic of Mustang drivers crashing into crowds. Most of the time the people don’t cause a big scene but things were different this last weekend! As this irresponsible Mustang driver tries to whip donuts in a parking lot full of people.

He makes a big driving mistake causing him to crash into a crowd of people. We would like to not bash on Mustang drivers but the drivers just keep on crashing into crowds at car sows and car meets. What is the deal with this?

The people at the meet were not happy about what had happen and start beating on the car kicking and pushing it making sure the driver knows how bad he messed up. The driver had to be scared with a mob of people going after him. So, he tried to get out of there as fast as he could but the video cuts out. Do you think the driver leared a lesson? We sure hope he did!

All in all we hope this will turn it down a notch at the meets and we hope this driver gets pulled aside by the police and gets handled.

Mustang Does Burnout Leaving Car Show... Not Noticing The COP Around The Corner! 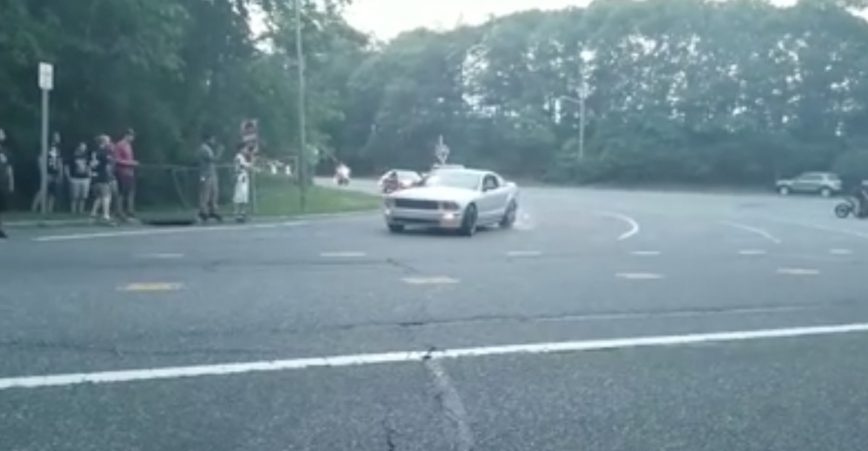