It’s 2018. We were supposed to have flying cars by now (along with hoverboards and ...

It’s 2018. We were supposed to have flying cars by now (along with hoverboards and pop up holograms, according to Back to the Future) but so far that’s failed to materialize.

However, we have had some glimpses into what may be the future of flying vehicles, they just happen to look more like helicopters and airplanes than cars, and that’s okay with us as long as somebody out there is pushing for us to be able to get where we’re going without having to deal with traffic.

I know that, realistically, we aren’t going to have the general public flying around in the air because most people are inattentive and would end up crashing from the sky instead of crashing into the other cars on the road. Think about how scary that would be for a second.

However, there are plenty of people out there who would be able to safely operate a personal aircraft, and for those people there are some options, such as this small single-seat helicopter. There’s not much to it from what I can see, just an engine, the rotor mechanisms, and a seat with the controls, but if the pilot isn’t too worried about safety and features, then all that stuff does is add complication to the chopper.

I have to admit, I was a little worried about this guy when he seemed to be a little unsteady at takeoff, but just a few moments into his flight, he proved he’s more than capable of flying this thing like a champ. With seemingly effortless control over the chopper, the pilot pulls off a series of maneuvers the show just how capable he and his machine are before returning to the landing pad with a picture perfect landing.

I have to assume it’s going to be quite some time before we start seeing fleets of personal aircraft and “helicopter dealerships” popping up in every town across the country, but with setups like this popping up, we may very well see more small craft dotting out skies sooner than later.

Watch This Pilot Land a Helicopter With the Engine Off! 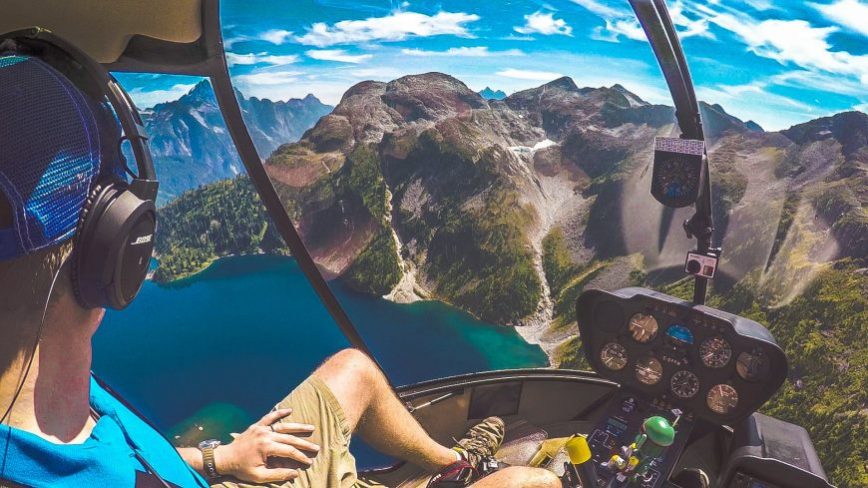