The “Rocket Drag Axle” Might be the Sneakiest Modification to Add Over 1,000 Horsepower 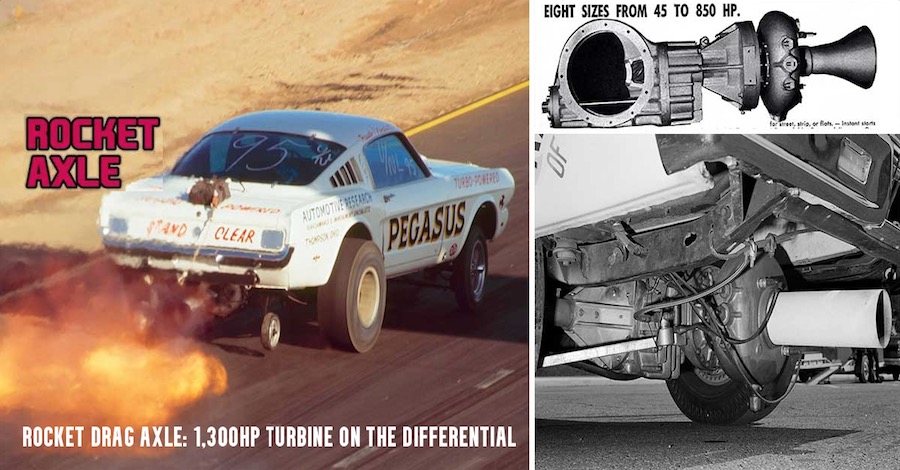 Those invested in drag racing will do whatever they can to get a little bit of an advantage. In fact, over the history of most forms of competitive racing, drivers and teams have really tried their best to stretch out the rulebook. Being able to figure out something within the rulebook that your competitors haven’t is a sure-fire way to have an advantage that can pay off big, especially when money is on the line.

This time, we check in with an idea that seems almost too good to be true. In fact, it seems like it would actually be pretty difficult to implement and not very realistic. On the other hand, though, we have definitely seen crazier ideas come to life.

Essentially, what we’re looking at here is a little bit of a boost for any given vehicle. The idea is that a turbine is mounted to the rear axle and designed to power the axle instead of creating forward propulsion by displacing air. Theoretically, it could add as much as 1300 hp to the wheels with the push of a button.

In fact, we are told that back in 1965, the technology was applied to a 1955 Volkswagen Beetle and it managed to run a 9.36-second quarter mile at 168 mph. Even today, that’s an incredibly respectable quarter-mile time but back then, it was even more impressive.

By following along with the video below, we get to learn all about the idea behind the rocket drag axle. After checking in with this one, be sure to tell us if you think that this is a tall tale of the drag racing industry or if it’s something that could be engineered to actually work in a regular drag racing situation. Just remember, all ideas seem crazy until they’re actually put in place and really work!