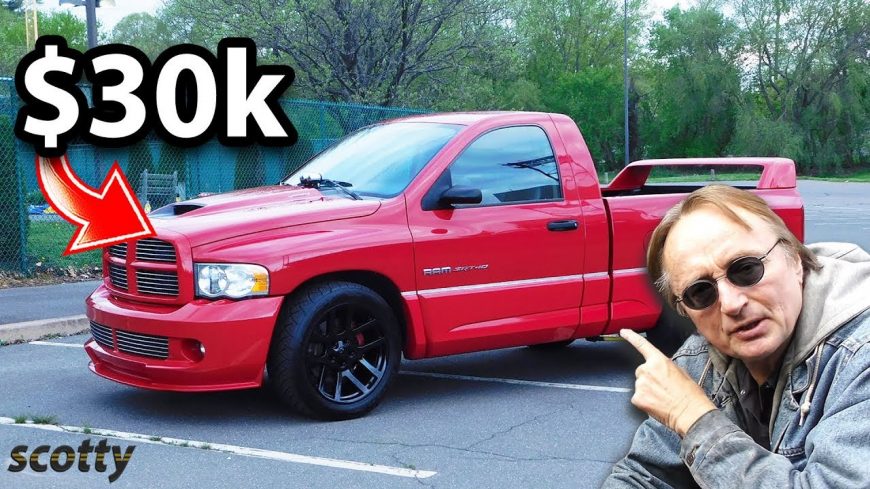 We love us some Scotty Kilmer here at Speed Society. For those who may have missed it, Scotty is a talented and versatile – if a bit quirky – mechanic with a popular YouTube channel boasting over a million subscribers.

Scotty posts new videos daily, most featuring his no-nonsense advice to maintaining and repairing your car, but a couple of days a week he features a fan ride, and this weeks lucky fan just happens to own a ride that I personally have always had a soft spot for.

Back in the early 2000’s, Dodge executives seemed to take a break from pinching pennies and decided to have  a little fun with the Ram, a truck that’s always had great styling in my opinion. Apparently, somebody up the chain of command wanted to see what would happen when you mated the Ram with the almighty Viper’s massive V10 engine. The product, which you see here, is still to this day one of my favorite pickup truck’s ever built.

There were only about 10,000 Ram SRT-10’s built, and I know some of them were extended cab, which in my opinion was a bad decision. Sure, you could haul the family in a 500 horsepower truck, but if you’re talking about building a truck with performance in mind, adding a couple of feet and several hundred pounds to the equation is starting off on the wrong foot.

Luckily, most of the Viper trucks were of the single cab variety and when you look at this thing from any angle, it just screams go-fast! The stance, the profile, the subtle scoop in the hood and the rear spoiler, unique to this model, really set the truck apart and give it an undeniably aggressive presence.

Then you hit the start button and the torquey V10 roars to life, announcing the presence of no less than 500 horsepower and it becomes clear that this truck is not to be taken lightly. While the performance numbers are hampered a bit by the truck’s heft, jumping in a stock pickup and running deep 13’s in the quarter and a top speed of 154 MPH certainly show there’s a lot of fun to be had in this ride!