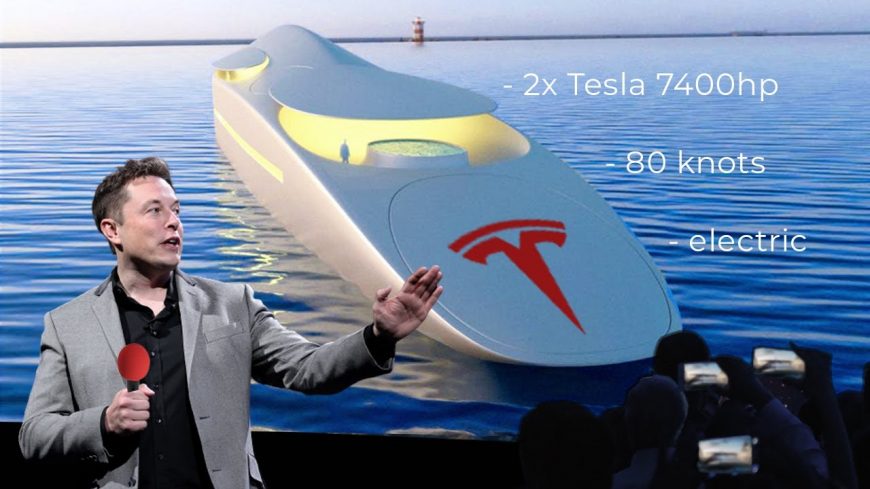 One of the interesting things about being an automotive enthusiast is paying attention to the rumor mill. Sometimes, this rumor mill can be downright crazy and based on hype. There are concepts that we pick up that simply never come to life and were just made up by a random internet troll. Other times, though, the rumor mill can produce some information before its official public release.

One example of a piece of information that has been floating around the rumor mill is actually pretty intriguing to hear about. The idea that a fan favorite in Tesla could potentially be producing a yacht is something that every Elon Musk fan will be drooling over.

Keep in mind that none of this information is quite official. However, various sources throughout the industry have chimed in with everything from how the yacht might look to what would be powering it – electric, of course. One designer even took it upon himself to produce a rendering of the vessel.

This time, we take a moment to check in with the video from Top Electric who dives into all of the tidbits out there that are swirling about what could ever become of a Tesla yacht. Surely, even if this news is true, it’s going to be tough to sift through all of the information to figure out what’s accurate and what is a little bit far-fetched. However, with a personality like Elon Musk, we could definitely see him going off of the beaten path and creating something crazy like this. After all, he is currently digging holes under cities for transportation and launching rockets into space. Counting out anything from the guy would simply be foolish.

By following along with the video below, we get delivered all of the information that one could ever want or need about the Tesla yacht rumors. If nothing else, we have to say that hopefully, our combined excitement can will this rumor into existence.

After watching this one, be sure to tell us what you think of the future of Tesla in the boating industry. Is this going to end up being the real deal or simply something that’s too good to be true?