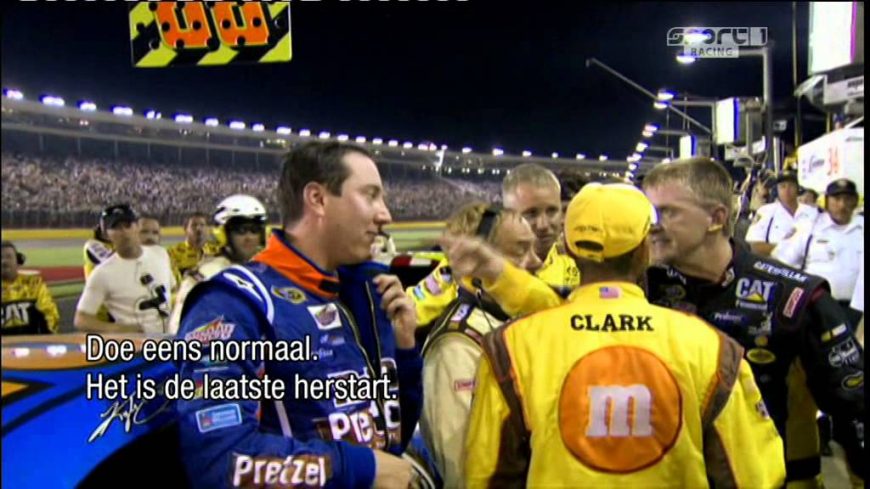 Was highly paid athletes, you can almost expect them to act a certain way. Because all of the media attention is on them and the sponsors are paying good money to be able to represent the brand and have the brand represented them, you find that there is a level of political correctness in sports many times that is rarely breached but when it is, everybody is sure to grab the popcorn and watch as those who are involved spill out their true feelings beyond what has come to be expected of them from the suits.

This time, the topic of discussion just so happens to be NASCAR because, even though these guys aren’t out there and physically interacting with one another, the back-and-forth that they share on the race track can be enough to make tempers flare in a big way. If one driver thinks that they’ve been slighted by another, they’re sure to exchange words every once in a while, but in a situation like this where lots of money and pride are on the line, it could eventually end in some sort of a physical confrontation as things might just boil over.

If you follow along down in the video below, you’ll be able to join in for a collection of moments that might be some of the most memorable physical confrontations to ever happen between NASCAR drivers. Sure, you might think that it’s easy to stick to the schedule and just leave it all out on the race track, however, when you throw in human emotion to a high-intensity situation like this, you really never know what could happen. With no two people interacting the same way, tensions could certainly boil over in a collaboration of factors like this. Can you remember any other instances that should be added to this list?

« 25 of the Wildest Wrecks in NASCAR History