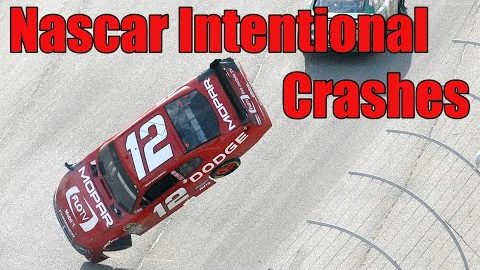 As fans, one of our favorite things about racing is the passion that’s involved. Drivers get behind the wheel and really sink themselves into their craft in order to be the best. However, every once in a while, that passion can tend to boil over into a little bit of rage. After all, we are all only human at the end of the day. As humans, sometimes, we make mistakes and even involve ourselves in situations that maybe we shouldn’t have.

This time, we check in with a compilation of situations from different races from various NASCAR series. In these situations, the drivers showcased to seem to have just simply lost their cool. When you’re in a hot cockpit battling all day and another guy does something that you feel undercuts you, it could be pretty easy to fly off of the hanger. Let’s just say that some drivers are more prone to this than others.

We’ve seen tons of instances where maybe, after a crash, a driver would stand by and throw a couple of colorful hand gestures at the opposition. However, in other situations, drivers really push the limits on their retaliation. Instead of just getting physical or maybe throwing some words in the direction of their opponent, they decide to play a little bit of destruction derby. It seems like, in the heads of some of these racers, they simply just see red and feel the need to react on the spot

By following along with the video below, we check in with some of the most egregious situations that stem from anger. Don’t get these confused with simply racing somebody hard because of a rivalry. Instead, these situations highlight drivers who were out for nothing more than revenge. It doesn’t matter if their car was taken out as well, they were determined to wreck the adversary.