There Are Only 14,000 Original Miles On This Buick Grand National… How Much Is It? 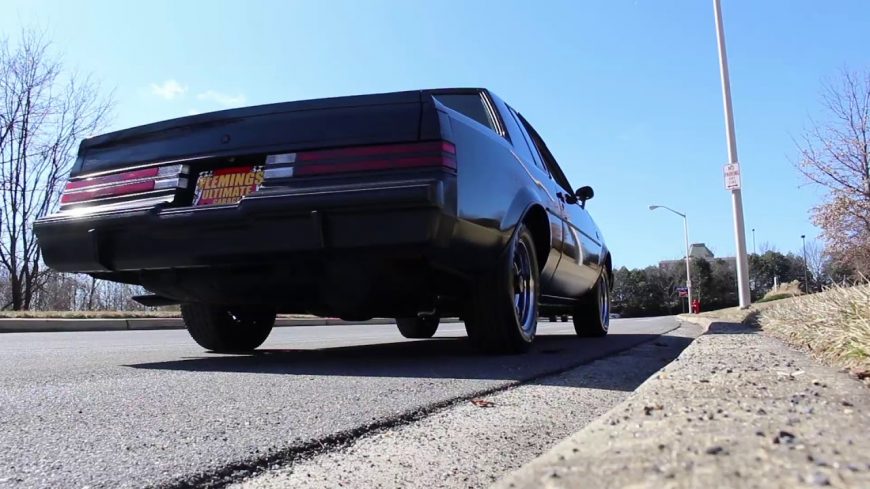 We here at Speed Society are pretty big proponents of driving cars the way that they were meant to be driven. We definitely understand the fact that some people would like to store away their collectibles, only driving them on sunny days as to maintain the value and the condition of the car, however, we can really respect someone who spends a lot of time, effort, and money getting behind a dream machine and beating on it. However, on the flipside of that coin, the people who really take the care to preserve the vehicle and not put too many miles on it leave us with examples of cars like this 1987 Buick Grand National that are too much fun!

In this one, we get to check out a pristine example of the car, being able to be the way it was off of the showroom floor. The car is only chalked up 14,000 original miles all of these years later and really has a lot to offer in terms of getting that experience that General Motors wanted you to have when they designed this thing and took so many hours invested into creating a car that was not only a pretty stout performance machine but also something that was a little bit different from what you could expect at the time out of not only the rest of their lineup but the rest of everybody’s lineups. It was kind of GM’s first crack it really creating a widespread love affair with the turbocharger.

If you follow down the video below, you’ll be able to get a peek at this Buick Grand National that costs as much as many new cars would today. If they get what they’re asking for this thing, they’ll be bringing in close to $45k at $44,990 to be more exact. I would say that’s some pretty good appreciation on a car like this that definitely makes you look twice at what exactly is offered up in this showroom stock machine that will give you exactly that feeling of what it was like to drive it in 1987.