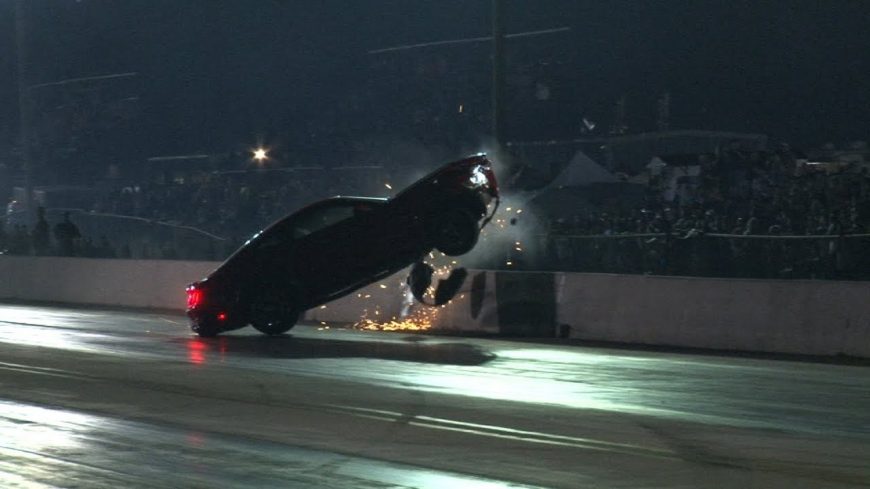 If drag racers had their way, every last pass would be nice and boring. There would be no wheelies, no sliding out of control, and no putting the nose of the car in the air. While these displays might be the things that are the most entertaining to watch next to a nice close photo finish, at the end of the day, the most effective pass on the drag strip is nice and straight with no source of drama happening at all. However, as we know, that’s simply not how things go down as sometimes, drag racing situations might just get a little bit out of hand as drivers chase down ultimate speed.

In this one, we take a ride along with Urban Hillbilly Action Videos, the guys who are behind a whole variety of different event coverage and this time, they take the liberty of combining 10 of the craziest mishaps that they have come across while behind the camera and filming these racing situations. Let’s just say that sometimes, the dramatic situations are more intense than others and this collection of passes definitely cranks up that intensity all the way to an 11! This collection of 10 different races is definitely a grouping that most drivers are not going to want to see when they head to the track.

If you follow along down in the video below, you’ll be able to ride along with the action for yourself, catching a whiff of some of the most action-packed sequences in all of drag racing. Whether these guys are getting out of control and heading into the wall or simply catching some air and flying through the sky, you’re not going to get a much more action-packed sequence of events than these. Luckily, all the drivers pictured here would eventually be able walk away but this is certainly a series of crashes that had to take quite a toll on the wallet.