These Gamers Bought an Absurd House and Dream Car Collection, All by Playing Fortnite 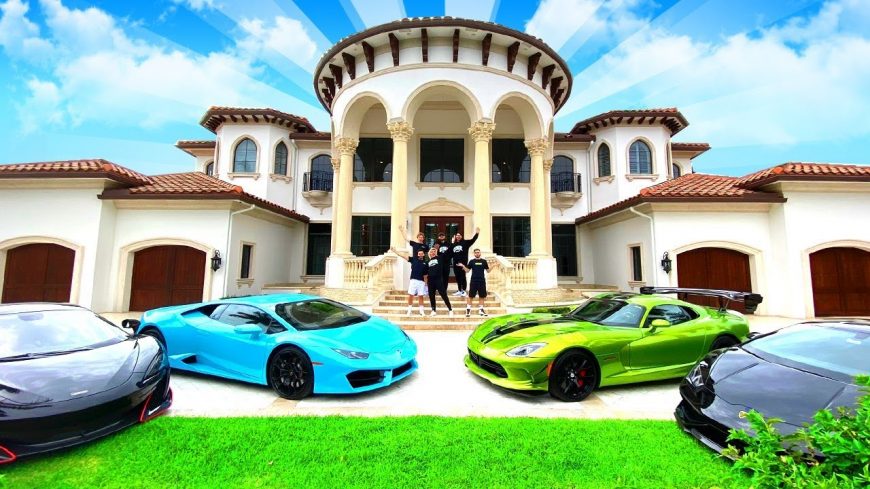 It’s pretty crazy how quickly things can change. Just think about the perception of something like video games over the past 10 years or so.

During this time period, video games have gone from mindless fun for somebody looking to be lazy and have turned into something that could be an occupation. Long gone are the days where streaming games online is a niche hobby. These days, gamers that stream online to a big enough audience can earn millions of dollars in ad revenue.

The built-in ad revenue on platforms like YouTube or Twitch isn’t where it stops, though. Sponsors have shown that they’re willing to hop on board and hand over big money for top gamers to hock their products. While there are definitely differences, gamers have almost filled a similar role to professional athletes, minus the athletic ability, of course.

This time, we check in with a collective of gamers that goes by the name of “One Percent.” Their game of choice just so happens to be Fortnite, that game that a whole collective of people thought was fun to make fun of. The same one that all of those people are now playing…

That game, for all intents and purposes, now has kids purchasing themselves multimillion-dollar assets.

By following along with the video below, we check out what the “One Percent” has put together for themselves. Not only do they have a dream house. They also have dream cars to match.

Let’s just say that, in this day and age, there are a lot of people who probably wish that maybe they had played a couple of more video games. Don’t get us wrong. We’re sure that there is a grind and hustle that goes into this with a lot of work behind the scenes that most don’t see. However, in any case, we don’t think that playing video games for a living seems all that bad, especially when accompanied by goodies like this.

« Driving a Bugatti Chiron Pur Sport on the Legendary Nurburgring