They Took a Minivan, Turbo’d it, and Squeezed out Some Good Power 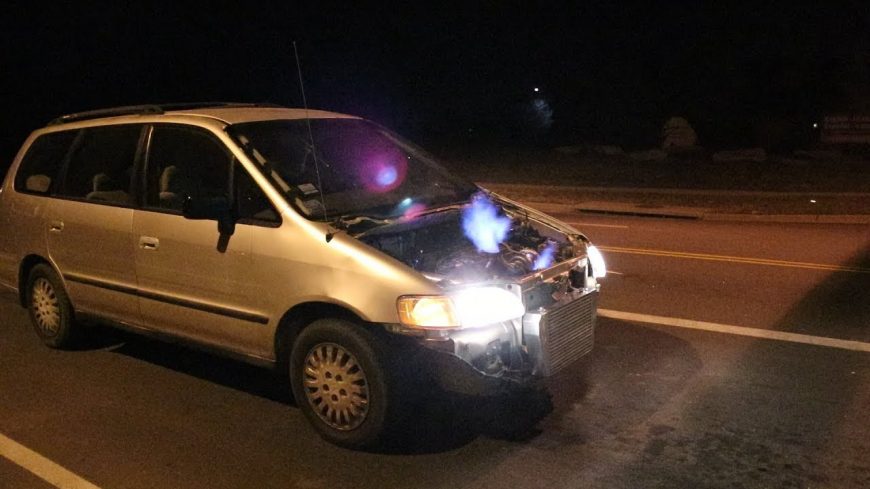 If you were to ask most people want an effective project vehicle that has the potential to make decent power, some likely solutions would probably be somewhere along the lines of a Fox Body Mustang or maybe even something like a Honda Civic, if you’re feeling froggy, however, if you asked the BoostedBoiz exactly what their project would be to ball out on a budget, the above wouldn’t apply. In fact, if you were to guess one of these machines, well, you wouldn’t even be relatively close as they decided to take a whole different route to fulfill their need for speed. To be completely honest, this thing is about as off-the-wall as it gets.

In this one, we follow along with her project as it has been really gaining some momentum and has finally gotten the point where they’ve been able to fire it up and put the finishing touches on it to really make this obscure turbo machine come to life and hit the streets to shock just about everybody who has managed to lay eyes on it. Instead of anything that is anything near conventional, they have elected to go with a Honda Odyssey. That’s right, that thing that your mom probably hauled you around in when you were 12 years old, as you went back and forth to soccer practice, is exactly what they decided to make a racing machine out of and it’s tons of fun to watch.

Ride along in the video below and you’ll be able to see exactly what’s so fun about taking a machine like this minivan and stretching it to the max, doing absolutely everything that you can to extract more power out of the least likely of platforms available. One thing is for certain, if you’re able to make this thing work well, it would provide just about the ultimate sleeper if they decided they wanted to go out to make a little bit of money off of grudge racing it. If someone came up to me in a Honda minivan looking to race for a couple of bucks, I’m not sure that there is any shot that I would possibly turn it down and that’s something they should definitely use to their advantage.

« Lambo Espada Shows How Lamborghini Stepped Outside Supercars Before, it Didn’t End Well