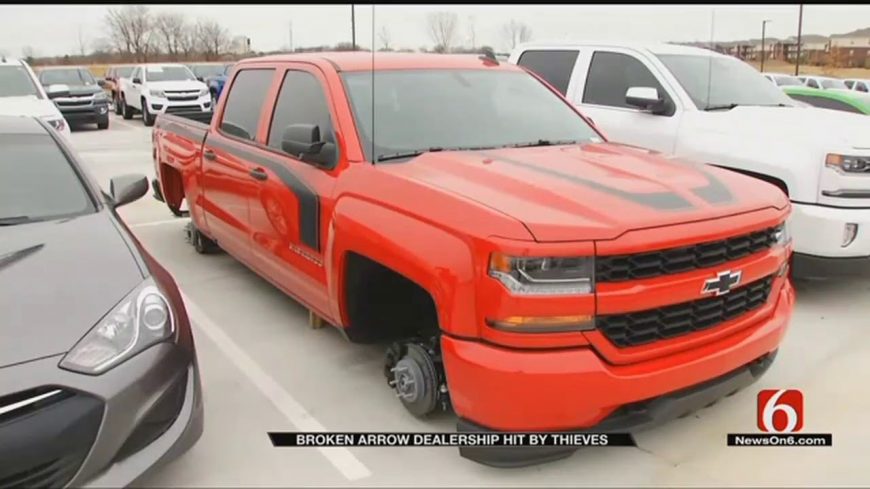 When we were younger, I’m pretty sure that the majority of us were taught not to steal and to only put our hands on what belongs to us or we have permission to use. However, somewhere along the way, those ideas evade some people who are left to live their lives off of the backs of people who actually work hard and bust their rear ends for themselves and their families.

This time, we check out a Chevrolet dealership that was hit and hit hard by thieves who had their eyes on a collection of wheels and tires and, well, you can probably put two and two together here. It wasn’t long ago that nobody would want anything to do with factory wheels and tires but in a day and age where the wheel options are getting more and more expensive, stories like this are popping up more commonly than we would like to admit. Long story short, the thieves would go after the aforementioned dealership in the most aggressive way possible as they would claim over 30 sets of wheels from Jim Norton Chevrolet in Broken Arrow, Oklahoma.

You have to feel for the dealership as we would think that they’d just had north of $50,000 worth of wheels stolen but you have to think that the folks working there are going to be putting in extra hours as well, having to mount the tires and put them back on the vehicles after making sure that nothing else is broken before selling the cars to the public. It’s definitely one big circus that they shouldn’t have to deal with.

The video below shows us the aftermath as all of the cars are just left sitting there. It’s really a shame that people can’t just go out and make their own money. We’re kind of wondering how one would even go about getting rid of that much inventory without getting nabbed.