When it’s used in a constructive way, technology can be awesome. However, with ...

When it’s used in a constructive way, technology can be awesome. However, with new technology always coming onto the market, brands really need to stay ahead of the curve in order to keep things safe and kosher for their customers. While the majority of people might not understand the inner workings and how all the electronics come together in a Tesla, as this video will show you, some folks without the best motives seem to have figured out a back door to a brand that has a relatively low percentage of cars stolen when you compare it to other vehicles that you find on the streets.

When you picture a car thief, normally, an image might pop in your head that helps you envision somebody with a crowbar and a screwdriver, crudely attempting to break into the vehicle and leaving behind all kinds of damage as they attempt to get it started and roll away from whatever parking lot or residence the car is parked at. However, the intriguing part of this terrible hijacking is that there was no physical means of breaking into the machine pictured but instead, it appears as if the thieves used some electrical equipment in which they were able to intercept signals and steal the car entirely remotely.

If you follow along below, you’ll be able to watch as a couple of thieves attempts to get away with the Model S and succeed, using nothing more than a couple of tablets and some know-how that has been put to use for evil. If you follow along with the video below, you’ll be able to see as security footage ends up capturing them in the act. This almost looks like some sort of futuristic spy movie coming to life as these guys make it look effortless! If you have a Tesla and are worried about this happening to you, professionals recommend making sure that you have the “pin to drive” mode enabled on your vehicle.

Not Today! Car Jacking Shut Down in its Tracks 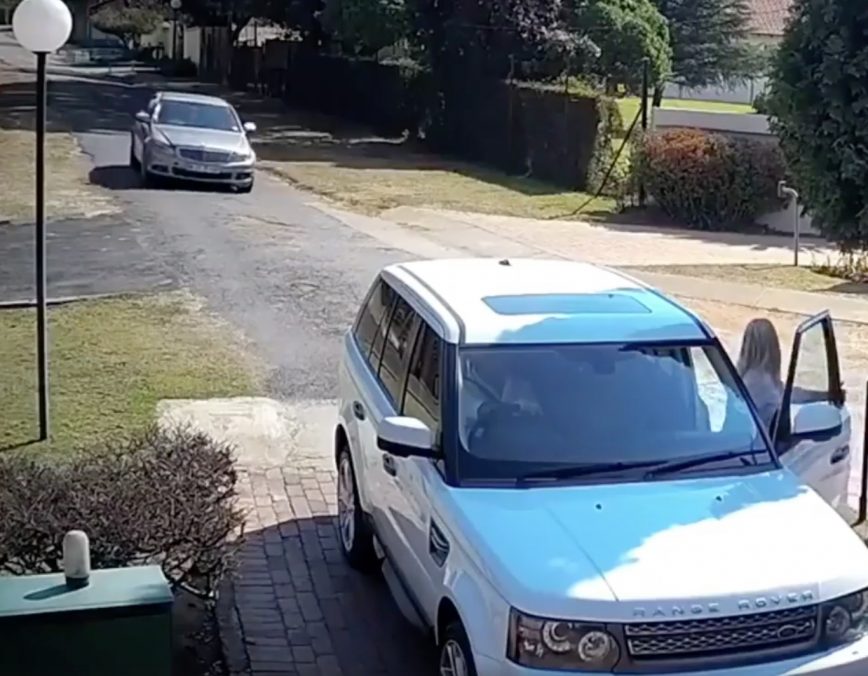