This 1/3 Scale RC Dragster Takes it to the Next Level! 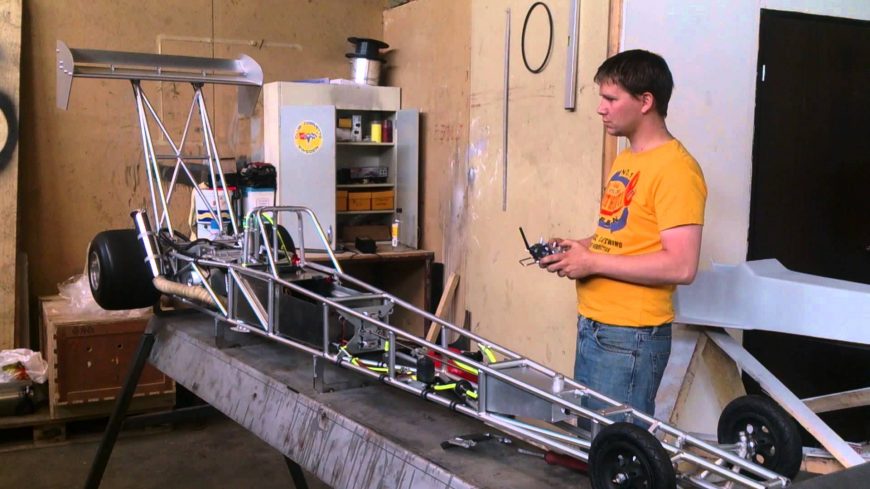 Now this is what we call cool!

This radio controlled replica dragster, a full 1/3 scale, looks very much like its full-size counterpart. The car, which features an accurately-built chassis and slicks that look right at home on the rear of the dragster. Unlike most RC cars, the massive digger also features an onboard starter, allowing the driver to crank it using a button on the radio.

The engine sounds stout, but we aren’t sure if it is powerful enough to move the car to scale speeds, which would approach 100 MPH in 440 feet. But there are plenty of modifications out there for small RC engines to pep it up and make it run like a full-sized top fuel dragster.