In a day and age where it seems like pretty much everything has been done, it’s ...

In a day and age where it seems like pretty much everything has been done, it’s rare that you come up with a display that seems to offer up someone’s creativity that really stands out from the pack. As this can be a challenge to accomplish, when you do meet that moment where someone is going above and beyond in a stunt that’s truly different, you have to keep your eyes peeled because you never know when you’re going to catch a moment like that again. We think that, with this jet ski stunt exhibitionist, we were able to catch up with such a moment and it’s all immortalized in video form.

Sure, we have seen stunt displays on a standup jet ski before. In fact, they’re quite common as riders do their best to launch off of the waves and contort the ski in all sorts of different directions as to impress the viewer and show off what they’ve got. It’s quite the athletic undertaking as it involves a lot of agility, stamina, and strength to be able to muscle this machine around and make it interact with the water in such a way as to produce that desirable result that you’re looking for.

This time, we caught up with an individual who has taken that insane ability to hock their jet ski around and they have combined it with quite the light show in order to really showcase the talents on display here. I’m definitely no jet ski stunt expert or anything of the like, but I would be inclined to say that this is a display that most people would find rather impressive. Even if this is or isn’t the most technically sound stunt show, the creativity in it goes above and beyond in a big way!

Jet Skids Off a Runway in Turkey... Almost Went For a Swim! 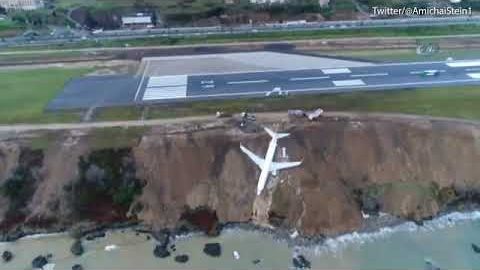