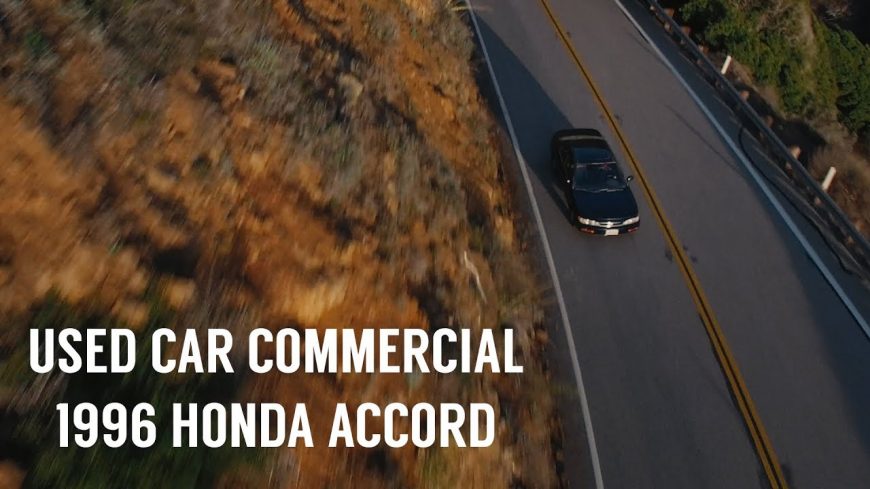 Sometimes, selling a vehicle is a process that can be a thorn in your side. Sure, it might not be that much of a journey sometimes, but other times, it can be a long process with lots of people coming to look at it which means that you have to dedicate a good amount of time to showing it, only to have buyers back out again and again for what can be the dumbest reasons. While you could stress about the situation, some people take advantage of it that a little bit of fun. This is where you see the unique advertisements rolling out left and right that have the tendency to go viral.

In this one, we check out yet another homemade ad that has managed to catch our opinion. When this creator’s girlfriend had a car that she needed to get rid of, one 1996 Honda Accord with 141,000 miles on the clock, he took the sale in stride, not skipping a step before bringing out his creative side in order to help sell the car. Actually, it kind of appears as if half of this was an attempt to sell the car and the other half was the urge to create a funny film. I’m sure they had a lot of fun making this one and it really shows!

If you follow along in the video below, you’ll be able to take a look at the car commercial for this used car that appears as if it’s a generic new car commercial and we mean that in the most endearing way possible. It literally takes all the clichés that you would find it a new car advertisement and smashes them into one hit YouTube video. I’m not sure if this were going to actually sell the vehicle or not but, it’s certainly a valiant attempt in either way and has become a video that we think that many people will end up enjoying watching. Follow along with the used car advertisement for yourself in the video below and tell us what you think of this well put together ad copy.