This is Why They Call It Death Wobble

This is Why They Call It Death Wobble

Should you happen to be part of the Jeep community, you’re probably familiar ...

Should you happen to be part of the Jeep community, you’re probably familiar with the little phenomenon that goes by the name of “death wobble.” If you ask just about any Jeep owner what the worst part of their experience with their Jeep is, we would wager to think that more than half would bring up the dreaded issue that seems to plague more old school Jeep owners than not. Sometimes, the issue strays to other makes, but this community is one that’s incredibly familiar with the vehicular shake that has definitely lived up to its name as it just about puts parts in the graveyard.

If you aren’t aware of what that is or have never seen it before, then boy oh boy, are you in for a surprise with this video that shows the horrendous experience, up close and personal as someone took the liberty of taking a GoPro camera and mounting it up under the suspension in order to get the best possible view of the shaking that most certainly feels downright deadly!

Basically, when a Jeep gets to a certain speed or hits some type of debris in the road, the front wheels will shake like you’ve never felt before, almost like an ungodly earthquake is erupting underneath of the 4×4 while you’re driving along the highway. Check out the video below that shows the experience from under the Jeep that might just give you a miniature heart attack if you were caught behind the wheel of this thing. In this case, it’s an XJ Cherokee doing the wobbling that looks concussion worthy.

Do you have any particularly ugly stories that revolve around the insane phenomenon that probably has the stock of Advil soaring?

We would certainly love to hear about how your Jeep nearly vibrated your brain out of your skull, if so!

The video down below is the Jeep Death wobble explanation, repair, and prevention! 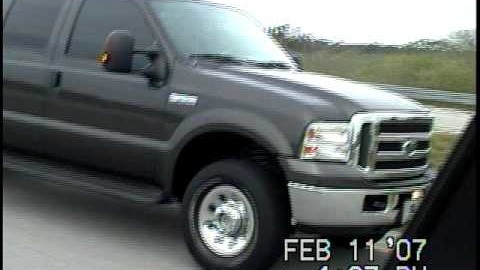