This Junkyard Tahoe Takes a Beating but KEEPS ON GOING!

This Junkyard Tahoe Takes a Beating but KEEPS ON GOING!

Some would agree, that in an odd and somewhat backward phenomenon, junk vehicles can ...

Some would agree, that in an odd and somewhat backward phenomenon, junk vehicles can be more fun. This could be a fun exercise to ask about with a group of friends.

In many situations, it seems like the vehicle that you don’t need to take care of can simply provide more of a good time. Sure, the high end builds can be a blast as well. After all, there’s a reason that we drop tons of money on specific vehicles. However, sometimes, it’s that piece of junk that only costs us a couple of hundred dollars that we can truly beat on that really gives us the best bang for our buck. When there are no worries about breaking it, experimentation can go just a little bit further.

This time, we get to watch exactly that phenomenon come to life. Featured over on the MadRam11 Facebook page, this time, we find a truck that’s really pushing things to the limit. Described as nothing more than a “Junkyard Tahoe,” this old beat-up Chevrolet really gets pushed to the max. After being thrown over jumps and through the mud, the machine really proves it’s worth.

On the outside, it does appear as if maybe the Chevrolet Tahoe is lifted up a little bit and has some protection for the components beneath it. However, beyond that, it looks like just another SUV that one might find at the salvage yard. However, instead of sitting there and being parted out or left to rust, this SUV is being brought back into the action!

By following along with the video below, we not only get a special treat as the SUV is pushed to the edge. Instead, we also get to see just how exactly one might be able to stretch their dollar out for the most fun imaginable. 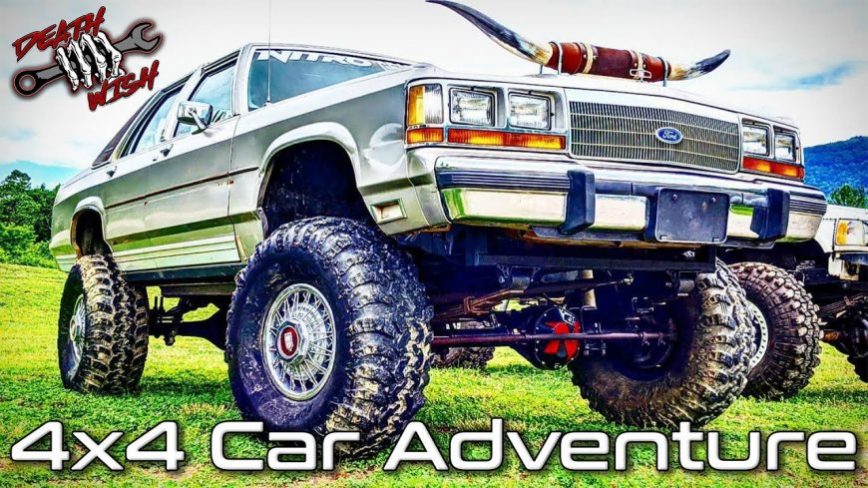