This Mclaren Took Longer To Build Out Of Legos Than The Actual Car!

This Mclaren Took Longer To Build Out Of Legos Than The Actual Car!

What do you do when you have a half-million or so LEGO bricks and a hankering for a ...

What do you do when you have a half-million or so LEGO bricks and a hankering for a really cool car? You build that sucker, right? That’s exactly what you’re looking at in the video below, which shows a 1:1 scale reproduction of a McLaren Senna made almost entirely of LEGO bricks.

Some five thousand man hours went into the design and construction of this insanely detailed build, which required a team of forty-two LEGO experts to complete. As you can see, however, their hard work was more than worth the effort, as the finished product is nothing short of awe-inspiring.
Unveiled at the 2018 Geneva Motor Show, McLaren’s Senna is the automaker’s third installment in its McLaren Ultimate Series, joining the F1 and the P1, though the Senna is not a direct descendant of either of those two models. Named for the late Brazilian F1 driver Ayrton Senna, the car’s name honors the driver’s success with the McLaren Formula 1 team, where he won three championships and 35 events.
With 789 horsepower on tap and a curb weight of 3,030 pounds, the car has a great power:weight ratio that allows it to accelerate from a standing start to 100 km/h (62 MPH) in 2.8 seconds, to 200 km/h (124 MPH) in 6.8 seconds and powers it through the standing quarter mile in just 9.9 seconds. When unleashed on an open road, the Senna reaches a top speed of 211 MPH, limited by the engine’s redline.

Only 500 Sennas will be built, each of which is already sold at the admittedly reasonable price of 750,000 euros, or just under $840,000 USD.
The LEGO version would likely cost you far less to reproduce, but won’t offer anywhere near the same performance. In fact, I’d assume after the first even minor bump in the road, you’d have to stop and pick up pieces of that one, although it would certainly look cool in anybody’s man cave! 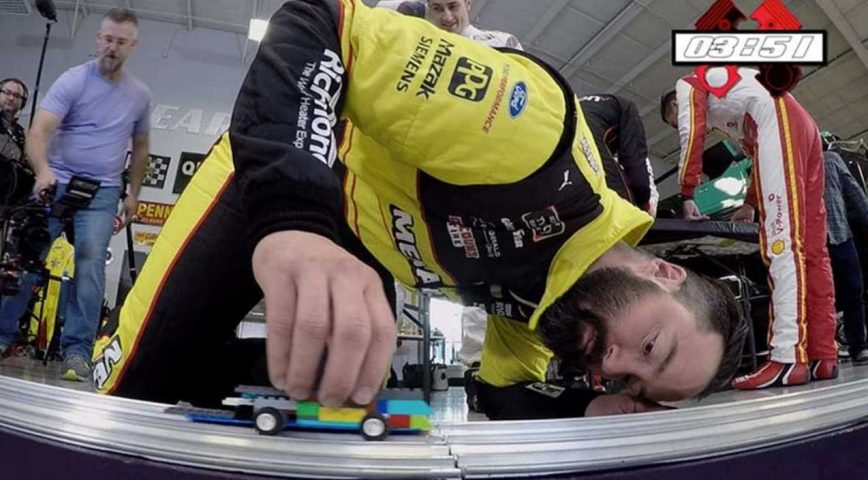