This Mustang Owner Has The Worst Luck! Broke Both Axles At The Same Time!

This Mustang Owner Has The Worst Luck! Broke Both Axles At The Same Time!

We all have “those days”, where it seems like the only luck we have for the day is ...

We all have “those days”, where it seems like the only luck we have for the day is bad luck and nothing goes our way. The guy in the far lane in the latest video from our partner Justin Malcom is certainly having one of those days.

The car in question appears to be a pretty healthy Fox hatch lined up beside another Fox body, this one of the coupe variety, for a grudge match at Middle Georgia Motorsports Park. If you watch any of JMalcom2004’s videos, you know he spends a lot of his time at MGMP and with good reason. The eighth-mile facility located in Jeffersonville, GA always has some great action for the healthy grudge scene in the southeast.

After a bit of a lengthy staging procedure that involved a quick test of the Christmas tree to make sure everything was functioning correctly, the cars begin to bump into the beams. The car in the far lane, known as Lil Baby according to the windshield banner decal, rolls in and turns on both bulbs, followed a few seconds later by the other Mustang.

The tree drops and the cars both leave hard on the green, but just a split second after stomping the gas, Lil Baby’s day comes to a screeching halt when not one, but both rear axles break. With no connection with the rear wheels, the car drops to its belly and skids awkwardly to a stop right in front of our camera guy. The wheels, broken axles still attached, continue to roll and bounce down the track, both eventually coming to rest much farther down the track than the disabled car itself.

While this is a relatively easy fix, the breakage cost Lil Baby’s team the race, and likely set them back a few hundred extra dollars that would be paid to the other team, but hopefully they’ll come back with some stronger components in the rear end and be ready to go to battle next time the cameras are rolling!

Definitely not good when this happens! Broke both of the axles at the same time! Driver was good as you can say! A stucky track will show weak points all the time 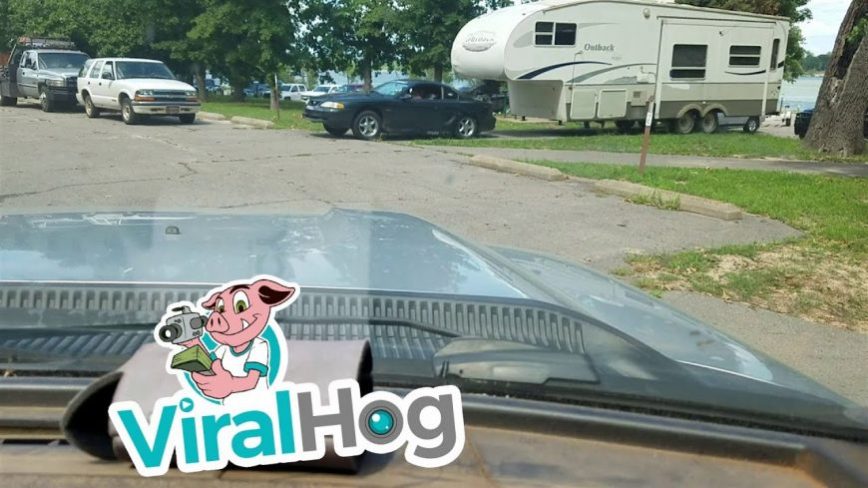