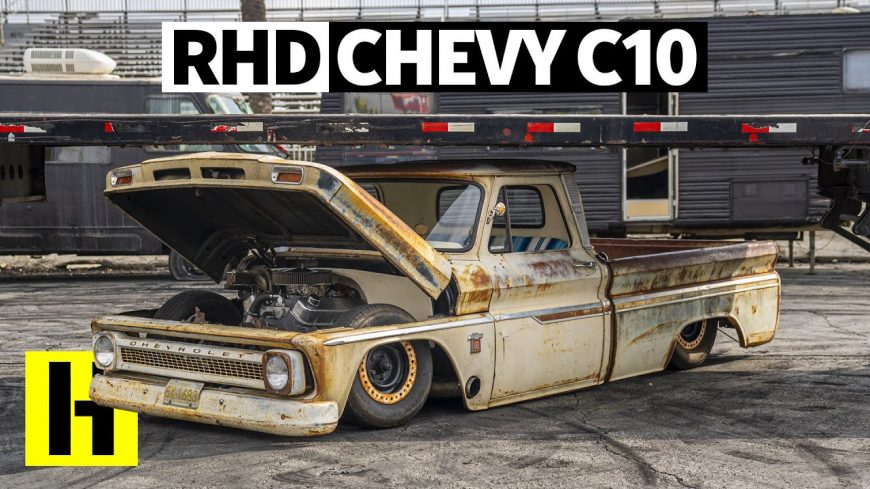 When it comes to building a custom machine, there are a lot of ways to skin a cat. However, we have to admit that there is a very special place in our hearts for the odd and obscure. The stranger that a build gets, the more that we can’t help but dig into it and wonder what off-the-wall modification is going to come next.

When we tuned in with a recent video from the guys over at Hoonigan, we were greeted with exactly this phenomenon. Outside, at a glance, this might just look like another Chevrolet C10. After all, these days, this platform is becoming wildly popular as a base to build a hot rod from. However, as we begin to look into it, things just start to get strange.

For the very cool but common elements of this truck, outside, we find a radical patina that would make this thing stand out in a crowd. From there, we find trick touches like an air suspension and a 454 under the hood. The fun fact about the engine is that it was actually pulled out of a Winnebago.

While these modifications might be neat but common, where things begin to go off the rails is inside of the cab. Instead of just any sort of restomod interior, we find that this particular C10 has been converted to a right-hand-drive setup. That’s right, the passenger is sitting on the left side of the vehicle while the driver sits on the right. It’s a little bit difficult for our brains to get used to, especially when considering it’s an old-school piece of American iron and not an import.

By following along with the video below, we get a complete tour of the vehicle that was built, in some regard, “Just to be different,” as according to the truck’s owner, Shawn Creswell. With that goal in mind, we definitely have to call this one a job well done. – @brodini2828