This ProCharged BBC is heading into the world of No-Prep! Crazy Dyno Footage! 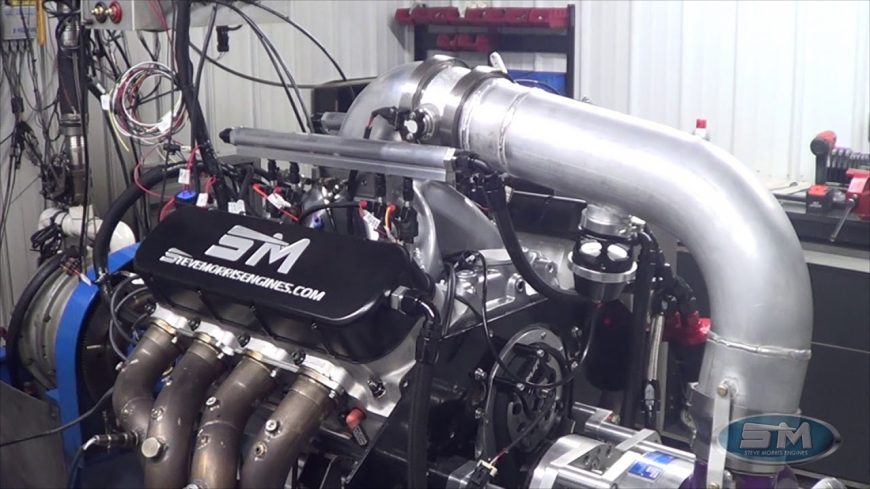 If you take a dip into the world of grudge and no prep racing, things can get incredibly competitive. When you think about not only how the mind of a racer works as we’re the competitive type to begin with, just imagine each and every person at an even having dropped big money into their rides to make sure that they are competitive along with having a nice sized purse of prize money as well. As you might be able to decipher, this could get into a vicious cycle where more and more money gets spent and the setups get bigger and badder with each dollar and hour invested!

This time, we hit the dyno room over at Steve Morris Engines as he shows off an application that most certainly falls into that realm of builds as the thing looks absolutely wacky. This Big Block Chevrolet monster is strapped up with a ProCharger, really makes its presence felt, sucking all of the air out of the room as it roars its way up to some major horsepower. We’re not told how much because the owner wants to keep that to himself for a competitive edge but we’re guessing that the numbers are huge!

Even by today’s incredibly high standards, a motor like this will turn heads just about everywhere that it goes no matter what abuse it’s being put up against. When it comes time to really get down to business, this thing will back up all that bark as well with plenty of bite to match. There’s really nothing like the sound of massive amounts of power pouring out with a little bit of boost to push it along.

Check out the video demonstration from the dyno room below to really show you what this thing has got as it cranks up the heat a little bit to get to quite a result that might just blow your mind. After you check out this engine that’s pure music to the ears, be sure to tell us what you think of the output by this monster.

« TOP 10 Cheap Cars That Will Make You Look Rich