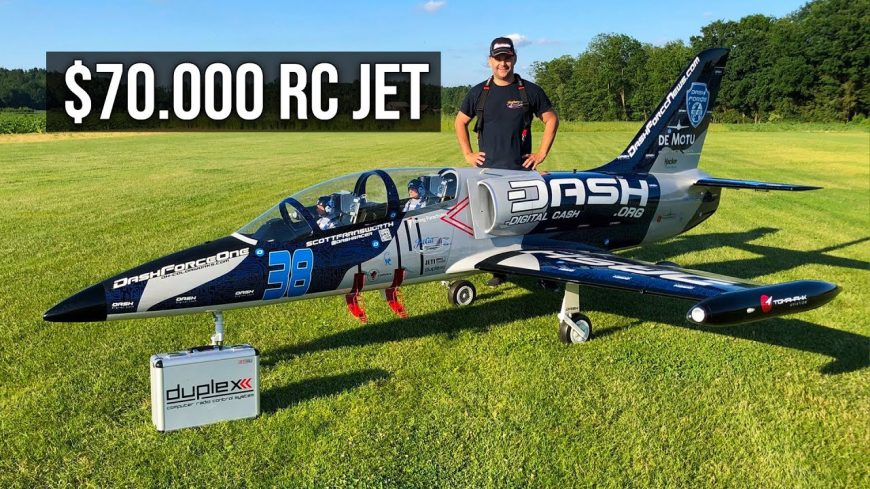 It seems like, no matter what the hobby in question, it could be pretty easy to end up sinking some serious money into it. When it comes to the art of the remote control vehicle, this is definitely the case. Remote control vehicles can be small and inexpensive. However, on the opposite end of the spectrum, they can end up breaking into the range of thousands of dollars in price. Some of them might even be more expensive than the car that most people drive.

This time, we check in with the remote control jet that really tips the scales in the more expensive end of the spectrum. At 1/3 of the scale of a real-life jet, this thing has some insane detail onboard that really makes it worth taking a look at, that is, if you weren’t already curious to find out what a $75,000 remote control airplane looks like.

The footage captured here comes at us from the FPVicious YouTube channel as they capture an episode of “Hobbyists Gone Wild from Jet Meeting Slovenia 2020.

The particular specimen in this video is a body kit by Tomahawk Aviation that comes in at a 1:2.7 scale with a wingspan over 11 ft.

The channel pulled an excerpt from the manufacturer’s website that explains just how crazy the build is.

“The Aero L-39 Albatros is a high-performance jet trainer aircraft developed in Czechoslovakia to meet requirements for a “C-39″ (C for cvičný – trainer) during the 1960s to replace the L-29 Delfín. It was the first of the second-generation jet trainers, and the first turbofan-powered trainer produced, and was later updated as the L-59 Super Albatros and as the L-139 (prototype L-39 with engine Garrett TFE731). The design is still produced in an evolved state as the L-159 ALCA, while more than 2,800 L-39s still serve with over 30 air forces around the world. The Albatros – the most widely used jet trainer in the world – is versatile, seeing duty in light-attack missions as well as in basic and advanced pilot training.”

Below, we check in with the marvel of engineering that could be added to your own personal RC collection, that is, if you have over 70 grand to spare!