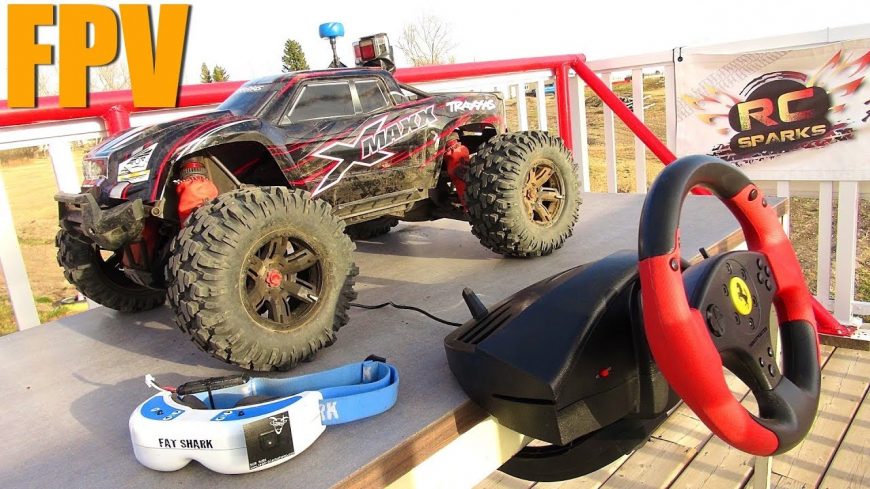 Each and every day, the technology that we have at our fingertips is changing, allowing us to dive into all sorts of different situations, whether it be with something like medical technology or perhaps something less important like our hobbies. This time, we get to see the perfect example of what was once probably nothing more than an idea that would be something you’d see in science-fiction but since has become something that most people would be able to carry out if they really wanted to. It’s pretty neat to see somebody actually execute the idea on a high level and film it for everyone to enjoy.

In this video from the guys over at RC Sparks Studio, we get to see a remote control truck that has been combined with recent technology in order to make an experience even more fun. This isn’t just any remote control truck but instead, one that is strapped up with cameras that allow you, the operator, to strap on a virtual reality helmet and have a visual, just like being in the cockpit of said truck. Now, you don’t necessarily get to rotate your head and look in each and every direction, which seems to be a little bit confusing for the operator here, but we think that it’s pretty cool with the features that it does have! Maybe in the next couple of years, we’ll see that technology come along further as well.

If you follow along with the video below, you’ll be able to watch and learn as this setup gets put into motion. They do a lot of things that are above and beyond with remote control vehicles these days but something like this is a concept that we could really see catching on and selling a lot of if it ever were to make its way to the mainstream with major producers behind it.

« Audi is Gunning For Tesla Model S with New Release