This Triple Turbo 6.4 Ford Powerstroke is a Monster!

This Triple Turbo 6.4 Ford Powerstroke is a Monster!

When putting together your ideal build, there’s a certain mystique about making ...

When putting together your ideal build, there’s a certain mystique about making sure that every single part is in the place that it needs to be when putting together something that is truly your own. However, while it can be rewarding to be under the hood of a vehicle like this, the real glory comes when you get to go out there and drive it! After all that time and money invested in making the car or truck faster, finally being able to get behind the wheel is the big payoff that you’ve been waiting for, the one that really makes you realize all that effort was worth the end product.

This time, we get to join in with a build that is a pretty big monster, if we do say so ourselves. It all started off as a 6.4 L Ford Powerstroke powered pick up truck, something that, in its own right, you can see how it would be a machine that would be one that you really want to get behind the wheel of, however, when you consider the fact that this one has not just a single turbo or even two of them but instead is rocking a triple turbo setup, this will really be one machine that you’re going to want to see in action.

If you follow along down in the video below, we’ll check out the truck that really delivers you to the essence of what exactly it’s all about driving around in a built diesel powered pickup truck. There’s something so satisfying about seeing this thing in motion as you’ll practically be feeling the torque as the driver lays into the throttle that will have you hooked on watching this machine in action.

After checking it all out, be sure to tell us what you think of this triple turbo powered Ford. 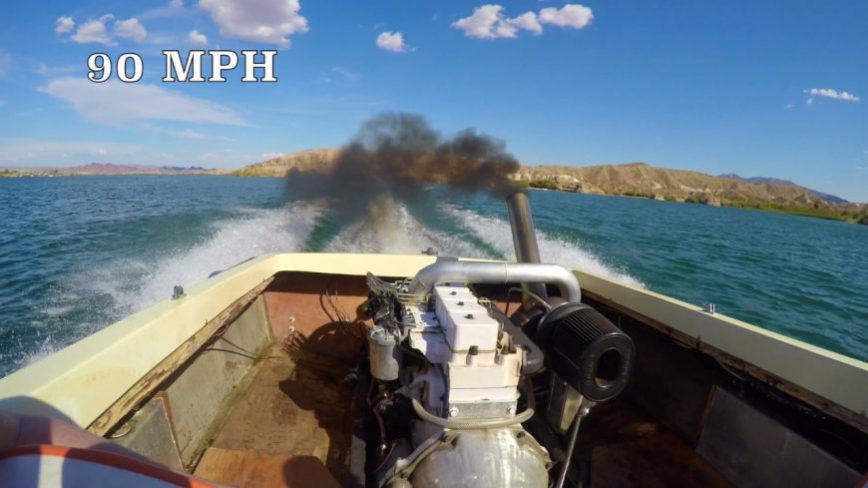