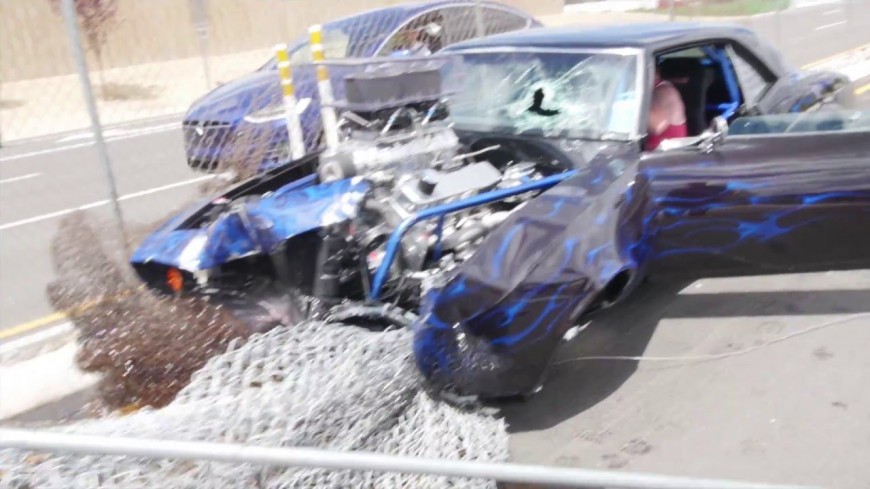 It always hurts to see a fellow car enthusiast’s hard work go down, but sometimes there’s nothing that you can do but watch as thousands of dollars and countless hours of work plow right into a fence.

This time, it isn’t a Ford Mustang like we’re used to (sorry Mustang guys), but rather a Chevrolet Camaro whose driver get’s a little bit too skinny pedal happy and ends up losing control.

We watch as the Camaro rolls out of the local cars and coffee, laying into the gas pedal and not letting out until it’s too late as the car fades out of our vision and plows into an immovable object.

The camera man caught up with the aftermath and we have to say that the scene isn’t a pretty one as a fairly extensive amount of damage was done. Luckily, the driver wasn’t banged up too bad, though.

Take a look at the footage captured in the video below. The owner says that he plans on having the car back together again for an event later this summer.