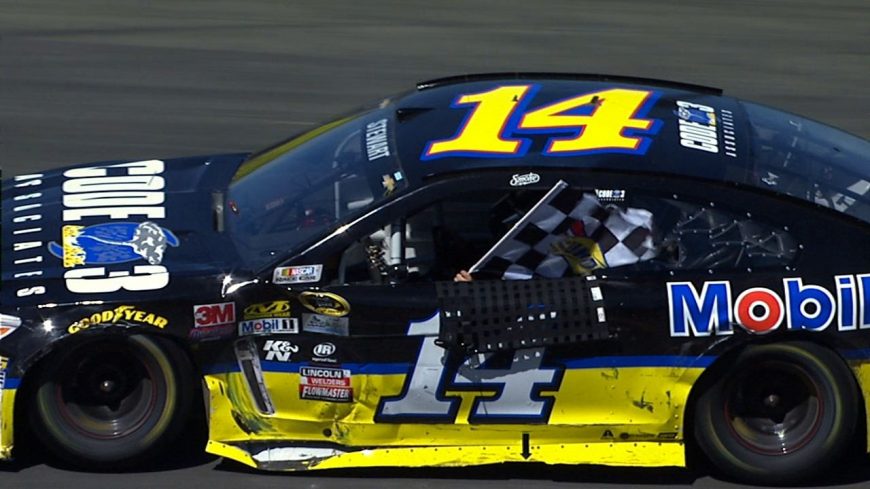 During his last season on the Monster Energy NACAR Cup Series, Stewart rolled into Sonoma for the last time hoping to remind the fans and competition alike that he built his reputation on his ability to turn both left and right, something many NASCAR drivers can’t claim. The winding Northern California road course is a grueling test for even the most accomplished road course racers, and Stewart knew this was his last shot to hoist the trophy there.

After running well for most of the race, Stewart found himself locked in a turn-by-turn battle with Denny Hamlin, who actually passed Tony for the lead with just a few turns left on the final lap. Stewart’s fans will tell you, though, that he always fought to the finish and this race was no different. Keeping his cool and staying right on Hamlin’s rear bumper, Stewart dove hard into the next to last turn and managed to keep his car planted around the tight inside line, driving past Hamlin and pulling out the win in nail-biting fashion.

Stewart’s crew and family celebrated the intense last-lap heroics in Victory Lane with Tony, who gave a heartfelt interview, getting overwhelmed with emotion as he thanked his sponsors and crew. After all of his wins and championships, Stewart never lost sight of the joy of winning a race, and that’s one thing that endeared him to his massive fanbase. He never took winning for granted and always fought hard to put himself in a position to take the checkered flag.