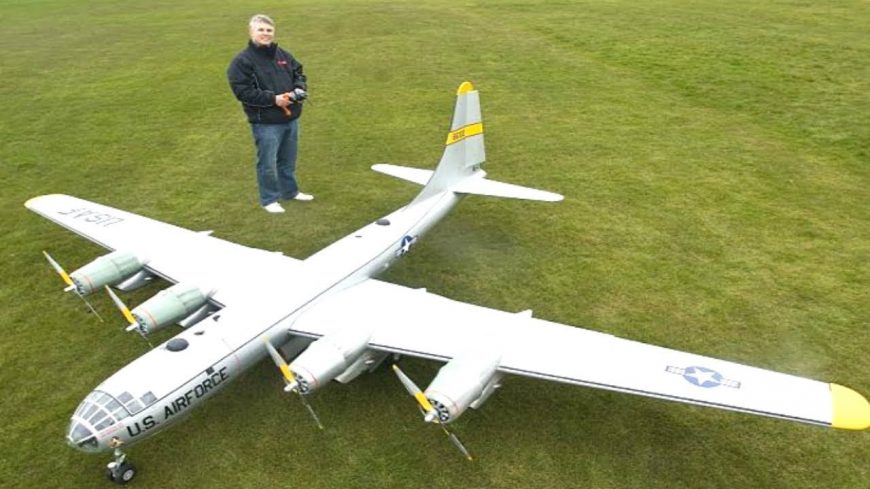 At the rate that remote control replicas are going, it isn’t going to be long before somebody is trying to launch a full-size aircraft via remote control. This time, we check out what are being called the biggest remote control airplanes in the entire world and these things will blow your mind to bits, with some of them really popping out of the video more than others as hobbyists and enthusiasts show you exactly what they’re capable of. Just when you thought that the world of remote control was something for kids, along come the big boys that show you the version of what you played with as a youngster that has been juiced up with some steroids.

Just like any other hobby, the world of remote control aviation is one that’s constantly growing in both scope and the size of the physical aircraft themselves. As more and more money gets dumped into this hobby every year and enthusiasts gather around water coolers around the community to exchange ideas, eventually, these crafts get bigger, better, and more detailed than ever, creating some really interesting pieces that you’re able to look at as they function on a really high level.

Check out the video below to see the hobby in action as it grows larger and larger every year, quite literally. How much bigger can these things possibly get before they start to regulate the industry more heavily? I don’t see them letting people fly around full-scale aircraft without some training, even if they are remote controlled. I guess it only time will tell, but for now, it’s pretty exciting to see these things in action and almost makes you want to tap into the good old bank account to see just what kind of flying RC contraption you can come up with yourself!