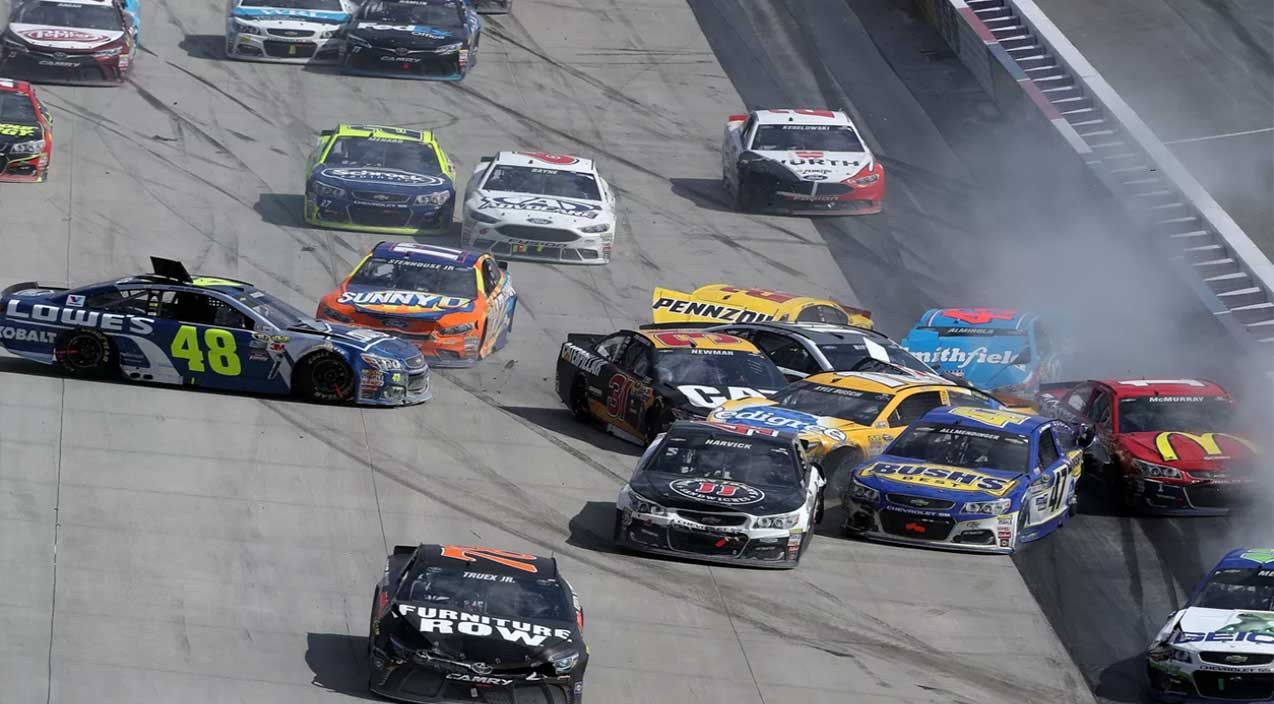 As a fan of a sport who watches from behind your TV screen every weekend, even for those who watch the most intently, it can be difficult to tell just how intense some of the situations really get during a NASCAR race as these drivers are hustling around circle circle tracks, getting down to the tune of 200 mph and coming within inches of one another’s doors for hours at a time. All of this is happening while they travel hundreds of laps in the heat, really testing out not only their driving ability but also their physical endurance as well. It can be difficult to truly be able to recognize just how crazy everything is, that is, until one of these factors has to give and something wild happens.

On the flip side of all of that speed and competitiveness that we love to see as fans, there is something that could happen, obviously, that could end up getting quite hectic out there on the racing surface. When a couple of cars battling for position get a little bit too friendly with one another out there on the track, before you know it, said cars could be moving around a little bit more than either driver would like and tagging one another’s doors before sending everything spinning sideways not only with themselves, but potentially bringing even more competitors into the mix!

If you follow along with the video below, you’ll be able to see 10 of the most intense moments you have ever unfolded on Dover International Speedway in Dover, Delaware. Luckily, all of these drivers would be able to walk away, however, in the heat of the moment, some of these accidents had to have been quite the combination of factors to really make the fans drop their jaws and hope that everything would pan out alright at the end of the day.