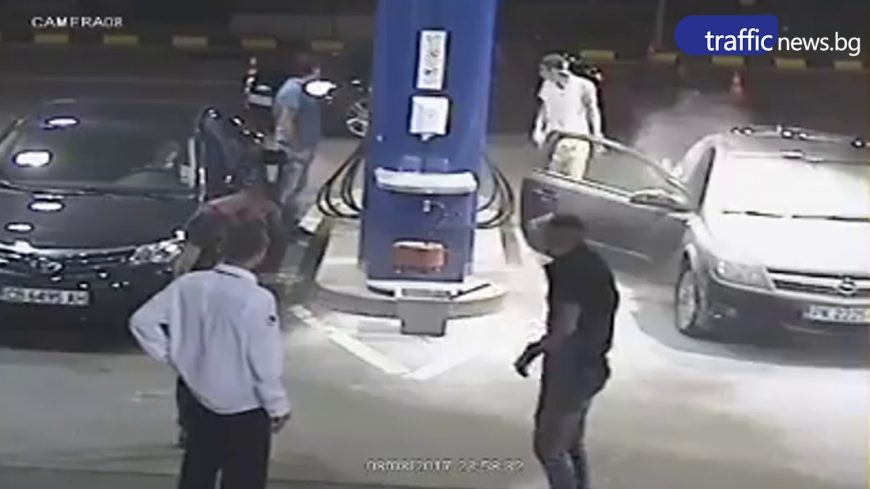 Guys, come on, this isn’t exactly rocket science. Gasoline is one of the most flammable liquids that you will come across on a regular basis and it also happens to be quite explosive should heat be applied to it. Therefore, common sense, which not too many people appear to have these days, would dictate that maybe it’s not a great idea to smoke near the gas pump while you’re pumping gas. One false move and the entire station could explode and I wouldn’t think that that would be in anybody’s best interest, including that of the smoker.

This time, we catch up with somebody who was smoking at a gas pump and the owner of the station didn’t really like that idea so he went out and asked the man to stop. The details are all speculation because obviously, you can’t really hear anything on the video but I would be forced to assume that the guy smoking decided that he wanted to be a tough guy and this was when the gas station owner decided to go to his own measures to get the smoker in question to stop. This is when he would pull out a fire extinguisher and go to town, extinguishing the blaze before it had a chance to spread and do damage to his gas station.

Afterword, it looks like the man with the cigarette had a few choice words for the gas station owner but at the end of the day, probably ended up doing nothing and being on his way. After watching this one for yourself, be sure to tell us what you think of this interaction in which we we think that the gas station owner is pretty sternly sticking to his guns to get this point across. I can’t really even necessarily say that I blame him in the matter.