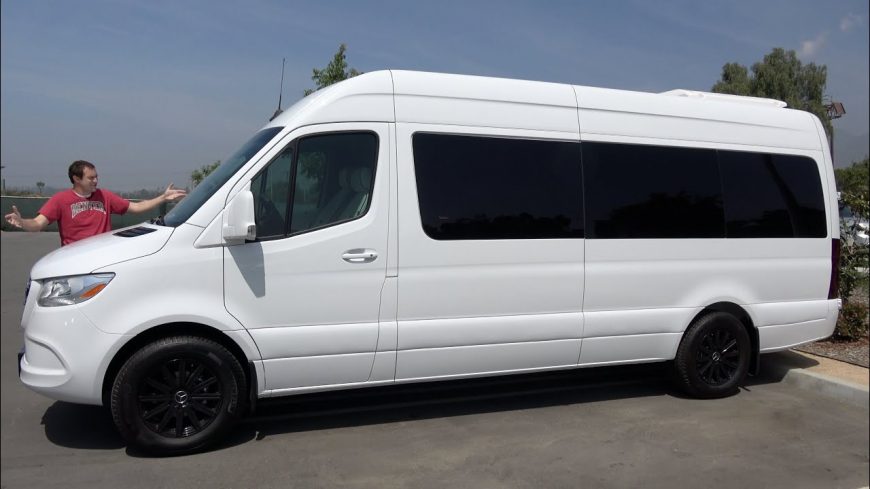 While money certainly can’t buy everything, there are a lot of things that money can buy. If someone wants a yacht, they can shell out a couple of million dollars. If somebody is looking for a high-end exotic car, money can buy those as well. One thing that someone might not think about that could cost a pretty penny is a Sprinter van. Yes, you read that right. We’re talking about those vans that are used to carry around people and sometimes materials by workers. Some of these vans can bring in over six figures, too!

This time, Doug DeMuro takes us on a tour of the Mercedes-Benz Sprinter. He tells us that the vans typically start out around $35,000. However, the one that he has gotten his hands on brings in a price tag nearing $200,000. Why does this van cost as much as the average American home? Well, inside, this thing is decked out with some of the most luxurious features that one could ask for. From leather seats to lighting aplenty and even an air conditioning system that is designed to be able to cool a 3000 square foot house, this sprinter will have riders in the lap of luxury.

By following along with the video below, we get to go the complete tour as Doug tells us what makes this van different from all of the rest. At the end of the day, it takes a pretty good amount of nerve to spend that much money on a van. However, if we were to be in such a market, this looks like a pretty decent candidate. Heck, we probably wouldn’t even mind living in a van like this! Some of the features that we find on board are nicer than a variety of houses. For luxury on the go, look no further!

« How Dirty Are These Fuel Emissions – Gas, Ethanol, E85, Kerosene