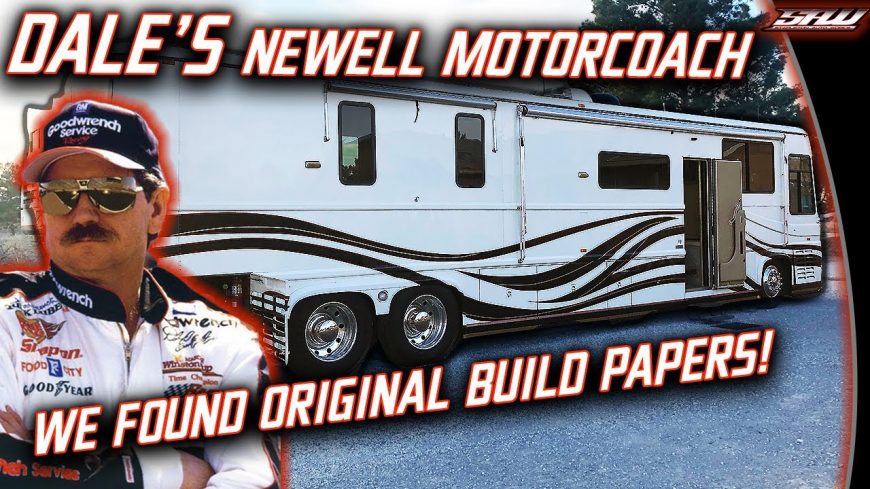 If you want to talk about the biggest names in NASCAR history, there’s not even a competition. Dale Earnhardt is far and wide the number one most popular NASCAR driver ever. In fact, when it comes to household names, we would venture to think that he might be the only NASCAR driver that most people know about.

As far as memorabilia, Dale’s is naturally going to be the most valuable. Therefore, what would you think if you had the opportunity to go out and get a substantial piece of Dale Earnhardt memorabilia?

For Mitchell Stapleton aka Stapleton42 on YouTube, he had exactly that opportunity.

When a motor home that formerly belonged to Earnhardt popped up for sale, Stapleton couldn’t resist. He hopped in his truck and drove across the country to check this thing out. How cool would it be to travel around the country in a 1997 Newell Coach owned by Earnhardt himself?

The advertisement boasted a motorhome that seemed incredible. However, when Mitchell got there, in his words, things weren’t exactly as great as they seemed. Ready to drive the unit home, his hopes were high. However, the machine seemed to be in need of a little bit of TLC before it would ever see the road. Therefore, negotiations could never quite come together.

However, what we do end up with is a pretty neat video of a place where one of the greatest racing legends of all time spent a lot of his free time.

By following along with the video below, we get the tour and the negotiations that ended up falling apart. It appears as if time has simply gotten the best of the RV. However, it would seem as if maybe the right buyer could invest some cash and elbow grease into this thing and have it back on the road once again. – Mitchell Stapleton

« How Much Would it Cost to Run All Season on No Prep Kings?