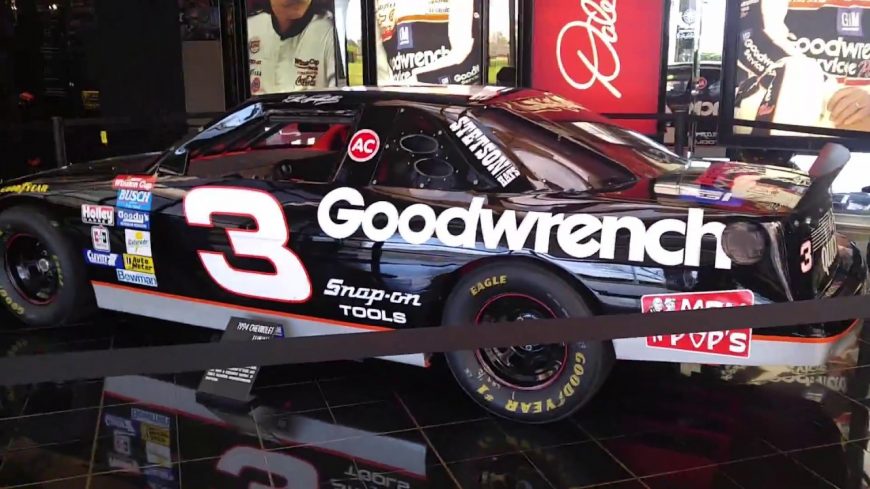 For those who weren’t around when Dale Earnhardt was racing, his presence is kind of hard to explain. Sure, these days, we can look back on some of his highlights. Furthermore, the statistics practically speak for themselves. However, Earnhardt seemed to go a tier above just winning. Instead, he had this presence that really seemed to cast a shadow over the world of NASCAR in a good way.

Earnhardt would prove to be a man amongst boys when it came to racing. Sure, there were competitors that gave him a run for his money sometimes. However, at the end of the day, the legend of Dale Earnhardt might just be the greatest that the sport of NASCAR will ever encounter. Even all these years later, we still talk about the lore of Dale. Even his merchandise still seems to be one of the bestsellers in the secondhand market.

When we walk through those doors, it’s pretty easy to be blown away. Inside, we find all sorts of relics from the life and career of the Earnhardt family. This includes but isn’t limited to a whole variety of cars, both personal and professional. It also includes different pieces of history from trophies to racing suits and everything in between.

By following along with the video of the museum below, we check out one of the last standing memories of The Intimidator. The man himself might be gone. However, we don’t think that it would be too much of a stretch to say that is legend will live on forever.

« Comparing the 4 Different Types of Superchargers – Which is Best?