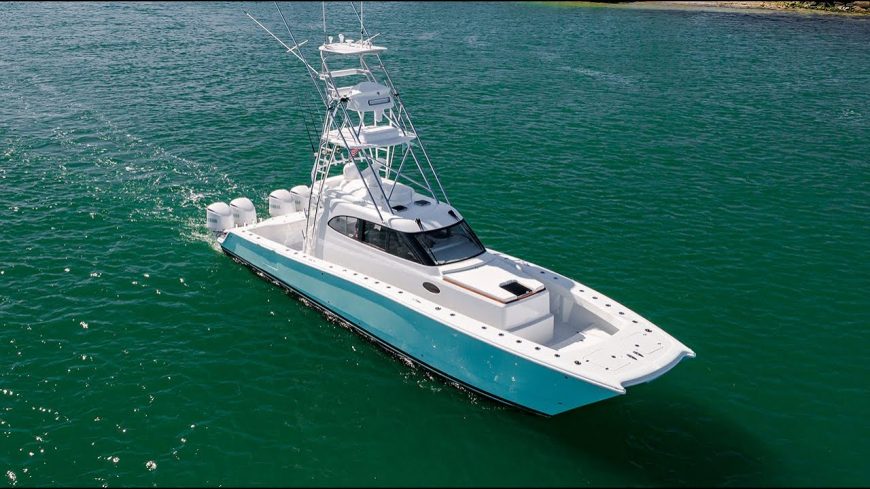 When you build a career based on island party music, there are certain expectations that come with the image. Even for those who have absolutely no interest in his music, Jimmy Buffett is one that we would consider a household name. For those who aren’t yet acquainted, the man has basically made himself famous for singing about drinking booze while hanging out in an island paradise.

When all is said and done, it’s really not a bad way to live a life.

As an island rock star, Buffett just simply has to have an awesome boat to match. We’ve really just come to assume that it’s a part of the package. Anything else would be like a NASCAR driver going home and only having a Toyota Prius in the garage. It’s just something that we wouldn’t see happening.

In a recent post by the Power and Motoryacht YouTube channel, we would find out that these high expectations about the island rockstar would become reality. As it turns out, Buffett’s boat is a result of a collaboration between several different builders who put together the custom vessel.

This time, we get to hear the story of how exactly Buffett was able to construct this masterpiece at sea. When it came to putting together just the right vessel, he wanted something a bit different. One of his priorities was something that could be used for sportfishing. However, traditionally, with sport fisherman vessels, comfort can be sacrificed sometimes. Comfort is something that Buffett simply didn’t want to give up, though.

By following along with the video below, we get to see the result that is definitely something new but still has some of that classic charm of such a boat. This thing has so much curb appeal that we can’t help but want to hop aboard and take a ride!