Touring the MOST EXPENSIVE HOUSE in the United States! 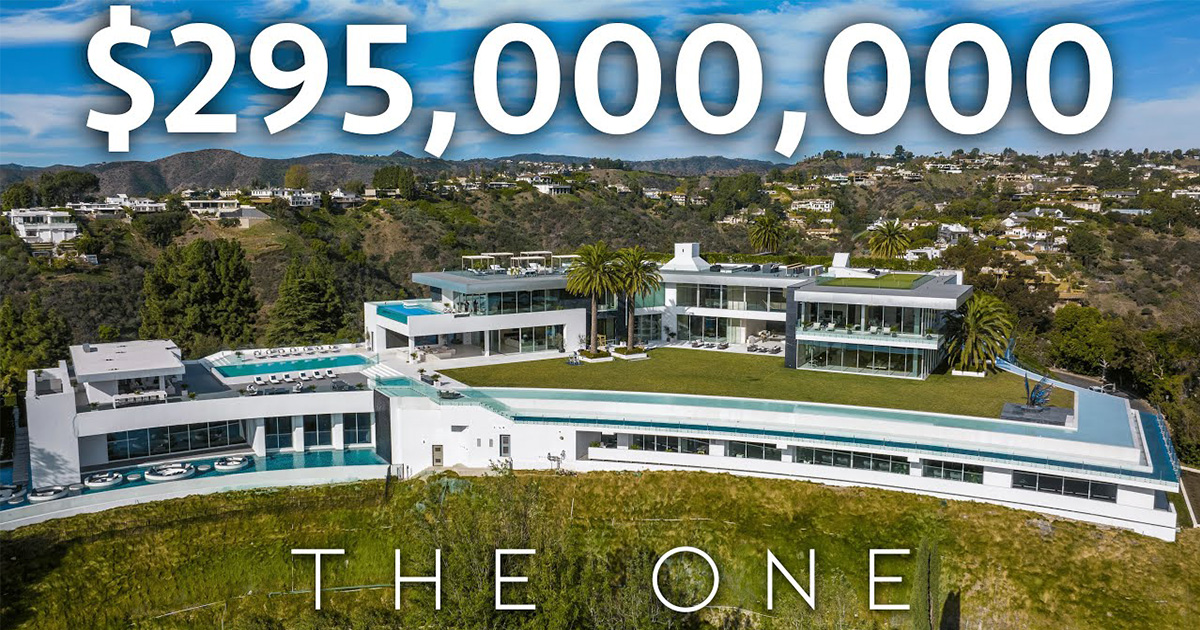 That’s a wrap! After months of rampant industry speculation — and more than a healthy dose of schadenfreude from the general public — the monstrous Bel Air estate is known simply as “The One” has sold at an auction that closed yesterday afternoon. In the final minutes before the final bell, the highest bid stood at a paltry $70 million, but a bidding war in the last few seconds drove the sale price up to a whopping $126 million.

A press release issued by Concierge Auctions announced the $141 million deal, a total amount that includes a 12% buyer premium to the auction house.

While the property will easily rank as the most expensive home ever sold at auction, it’s difficult to spin this transfer as anything but a major disappointment for the mega-mansions developer, the colorful and controversial Nile Niami, and his investors. 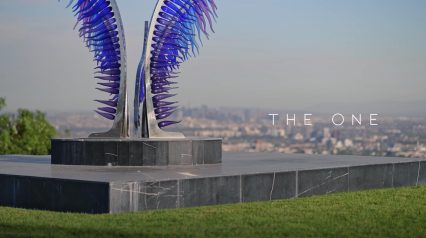 Niami bought the 3.8-acre Bel Air promontory back in 2012 and razed the existing house, a neglected midcentury modern mansion once featured in “Columbo” and multiple other ’70s and ’80s TV shows, to build The One. He took on tens of millions in loans to finance the construction of what Concierge Auctions rather generously described as a “105,000-square-foot work of art” and “the largest and grandest house ever built in the urban world.”

Initially, Niami brashly promised that the shopping mall-sized home would come complete with did-anyone-actually-ask-for-this amenities such as a “jellyfish room” — yes, a room with glass walls filled with tanks of live jellyfish — and an “ice bar,” a wet bar hewn entirely from a massive block of ice, though both those features were soon scrapped due to cost overruns.  He also swore that when the house was complete “in a few years,” it would list for sale with an unprecedented $500 million price tag. 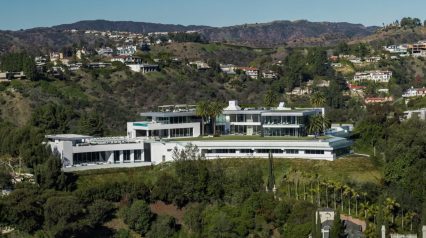 Nigh on ten years later, the property remains unfinished. By early 2021, the long-delayed project was preparing to hit the market with a much-reduced $340 million ask. By the time it actually entered the ring, that figure had been chopped even further, down to $295 million. And at $126 million, the final sale price represents an eye-popping 57% discount off the already hugely reduced list.

Niami bravely fought to stave off the impending auction. But the inability to repay the funds used to build the house ultimately forced his hand; as of this week, up to $190 million in defaulted loans and other debt was still owed on the property. 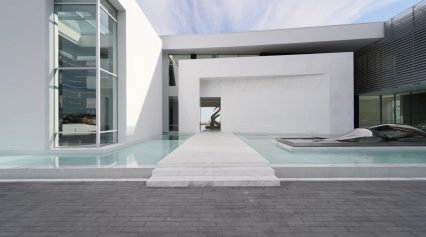 Beyond all that, the house will fall far short of breaking the record for the priciest home ever sold in the country or even in the state, for that matter. In California, that figure currently stands at $177 million, a record set last year by a blufftop Malibu compound. And it’s not even the most expensive (or second most expensive) home ever sold in little ol’ Bel Air. Back in 2019, another huge estate sold for exactly $150 million, while a 4.6-acre spread recently traded for $133 million to Coinbase CEO Brian Armstrong.

The One’s new owner has not yet been identified, though their name is expected to be released once the sale is court-confirmed next week. But if you’re thinking of sending a housewarming gift, hold off for now — nobody will be moving in anytime soon. There’s still much construction to be done; experts say it will take many months and as much as $20 million just to finish the place. And then the new owner will have to work with the city of Los Angeles to obtain a certificate of occupancy, all before a move-in date can even be set.

Despite the lack of a jellyfish room and ice bar, the estate is still loaded with nearly innumerable bespoke features that have already been widely chronicled in Dirt and many other real estate publications. There are five swimming pools, a 30-car garage, a 40-seat movie theater, a beauty salon, a four-lane bowling alley, a glass-encased jogging track, 21 bedrooms, 42 full bathrooms, and seven powder rooms. Designed by Irish architect Paul McClean and decorated by Kathryn Rotondi, the blindingly white contemporary structure was also built with a private nightclub, though that space is currently being repurposed into something else after loud opposition from other Bel Air neighbors. 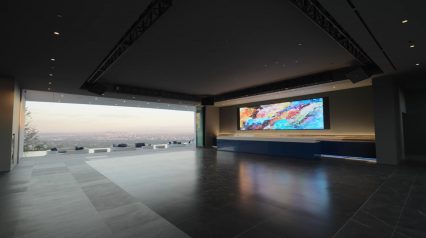 So despite those handfuls of omissions, maybe you really can have it all — or nearly all. But even without a mortgage, those millions of dollars in annual property taxes and upkeep will always be there, too. (As they say, be careful what you wish for.)

Branden and Rayni Williams of The Beverly Hills Estates held the listing in conjunction with Aaron Kirman of Compass.