Touring the Most Iconic Dale Earnhardt Car Collection on Earth

Touring the Most Iconic Dale Earnhardt Car Collection on Earth

If we take a look across the landscape of sports, there seems to be a couple of ...

If we take a look across the landscape of sports, there seems to be a couple of figures that are the most iconic in any given sport. In most sports, there’s a conversation about who the greatest is with a few different challenges thrown in the conversation. For racing, we would argue that it’s not even close as to who the most iconic NASCAR driver of all time is. Sure, other names have accomplished similar amounts of success. However, in terms of people who have bolstered the sport of racing to a new high, The late, great Dale Earnhardt seems to be in a category all his own.

Not only was Earnhardt one of the most successful drivers to ever compete in the NASCAR circuit. He was also one of the most controversial and therefore, brought an entirely new audience. Sure, people might not have been interested in racing at first but the controversy behind Earnhardt’s driving style combined with his sheer dominance definitely drew in some new eyes to check out the sport for the first time. In fact, we would say that the sport has been searching for a figure like Earnhardt ever since his death without very much luck.

This time, for those who are fans of the most iconic NASCAR driver of all time, we get quite a special treat. Over the years, Earnhardt had been known most for his all-black number three Chevrolet. However, there were a variety of other different paint schemes that were thrown in the mix along the way. Some of these cars were one-time specialty cars and others had run for a couple of races. When we view them all together, though, they definitely paint part of the picture of what it was like to be an Earnhardt fan before his tragic passing.

Down in the video below, Richard Childress gives us a tour of the RCR Museum and the Dale Earnhardt Senior collection.

One of the Country's Largest Classic GM Collections is up for Sale (200+ Cars!!) 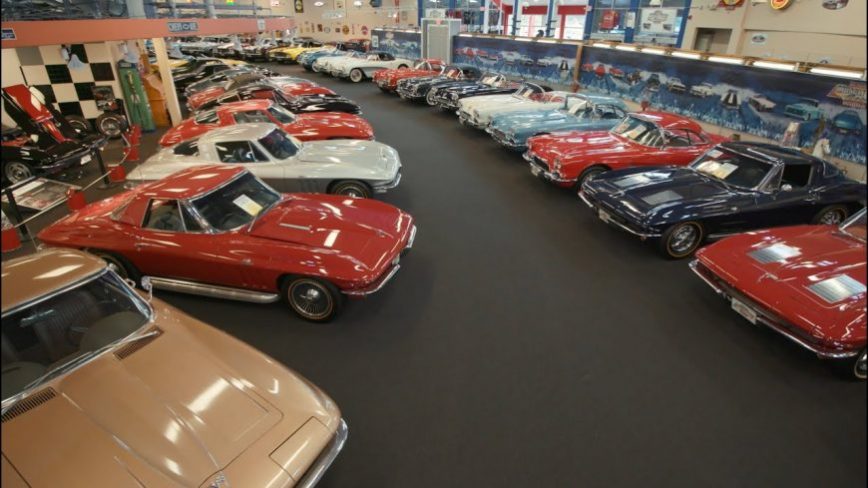