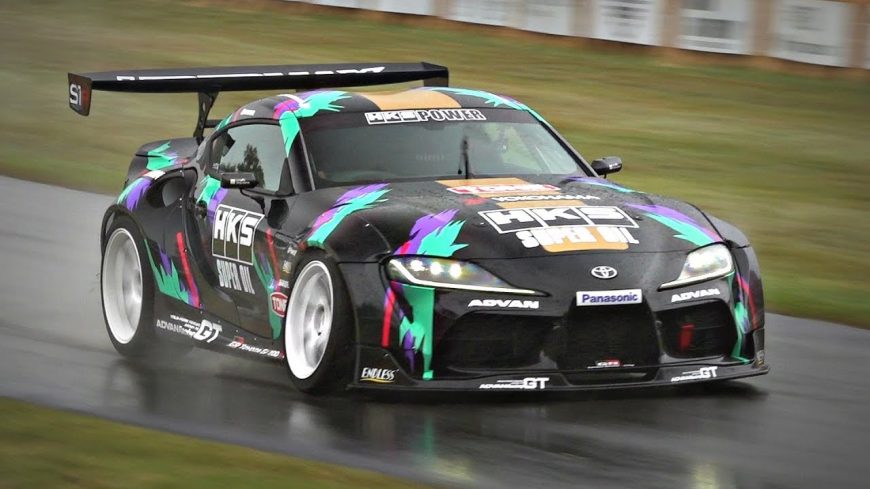 If there’s one machine that has made quite the controversial debut, it’s the GR Toyota Supra. In a collaboration with BMW, the Toyota really stood out as a machine to create quite the water cooler talk. With an engine that resembles something that we have seen from BMW before, people really gravitated toward polar opposites on the machine.

Some were rearing and ready to give it a chance, excited about the new powertrain. Others, however, really wanted to see Toyota create something from scratch. After all, a modern rendition of something like Toyota’s 2JZ would’ve been amazing. We fall somewhere in the third group. These are the folks patiently waiting to see what the B58-powered Toyota does in the real world. So far, all signs are looking good as the latest Supra has been proving its worth.

This time, we follow along with the NM2255 video that showcases the HKS GR Supra. Apparently, the company was a little bit anxious and decided to skip the whole research and development phase. Instead, they would immediately transplant a 2J under the hood of the racing machine to see what they could do with the new platform.

We have to say that the verdict is going to be out for quite some time on if the 2J is going to end up having a more storied legacy than the B58. After all, the 2J is certainly an engine that is among the most iconic of all time. However, this new engine is going to need some time to develop.

What we do know for sure is the fact that this particular Supra absolutely rips. Watching the car climb up the Goodwood Hillclimb with the 2J screaming and hissing with turbo sounds is an absolute pleasure. It’ll be interesting to see what they can do with the new technology. For now, though, the old-school is absolutely ruling the roost.