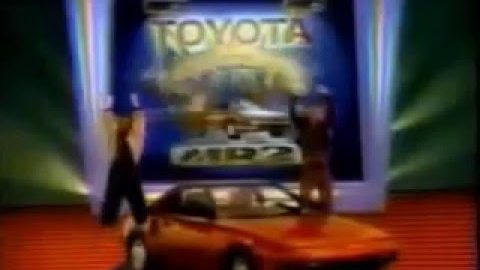 For those who haven’t seen the new ad, checking it out here might be a good idea!

When we look at the Toyota Supra, we see a platform that enthusiasts would like to think is all about heritage and history. While much of the design is brand-new for 2020, Toyota has chosen to take a trip down memory lane in some areas. When it comes to the advertising for the Supra, many folks might not have batted an eye or recognized where one of the most recent commercials came from. However, Toyota was very much feeling the sweet nostalgia with this addition to their marketing effort. The rush from the 80s came at us during the Super Bowl!

Instead of going With something for which they would’ve had to come up with new creative, this time, we get the chance to see Toyota rework a classic. Back in the year 1985, it turned out that the Toyota MR2 would make use of the pinball design commercial with the sports car sliding through the bumpers and avoiding the pinballs as they went round and round. The effort, this time, takes the Supra, slightly updates the technology and puts it in a similar situation. For those with a keen eye who were able to catch the commercial, they might’ve caught a short glimpse of nostalgia for themselves.

Following along with the video below, we get to check out the vintage advertisement that really shows us what car ads used to be and how much they’ve come to change. With all of the different means of video production that companies have available to them these days, we certainly see some wildly different outcomes in advertising. However, every once in a while, it certainly is nice to see a little something that takes us on a walk down memory lane. Find related Toyota articles here.