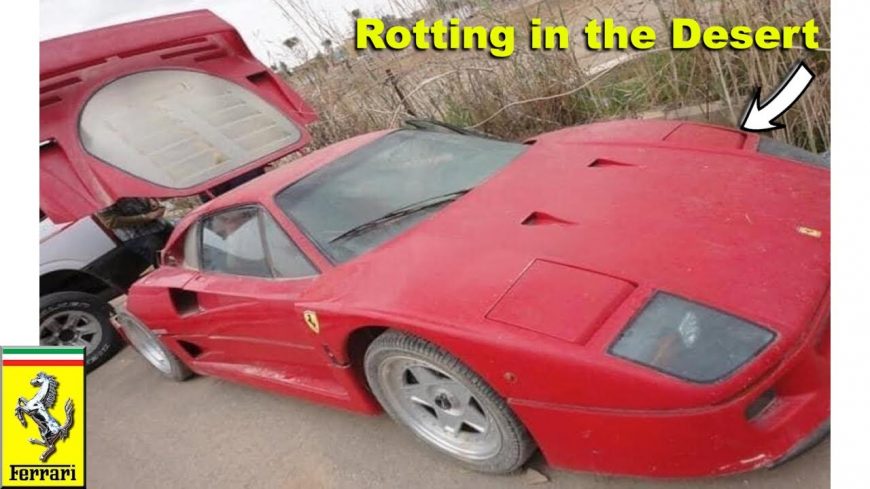 With this fascination comes the collectibles. Something that was owned by the likes of a famous dictator or serial killer, perhaps, would add to its value. Because these items have a story behind them, that “weird” factor makes it all that much more likely to bring greater value.

So, how does this translate to the world of cars?

By taking one look at Ratarossa’s name, it doesn’t exactly take rocket science to figure out that he’s a fan of Ferraris. More importantly, he seems to really appreciate a Ferrari with a story behind it. This time, we get just that and then some as he has decided to chase down a rather infamous Ferrari F40.

Now, the YouTuber has been trying to get his hands on an F40 for a while now. In 2015 he tried to by an F40 from a Belgium dealer that he found for a super deal and failed. Things seemed to fall apart at the last minute. Since then, he has been on a search for this F40 with a story. He has finally found one.

I think that we can all agree that Saddam Hussein was one of the evilest people to walk planet Earth. However, just because someone is evil doesn’t mean that they don’t have money. In fact, Hussein was absolutely loaded. If there’s one thing about corruption, it’s that money is likely to follow.

As it turns out, Hussein’s son, Uday, was the owner of a variety of exotic cars. The most recent apple of Ratarossa’s eye is none other than an F40 once owned by Uday. In this one, he goes over the car and all of its flaws. As it has been sitting in the desert for a while, the car is pretty rough. However, Ratarossa seems to be making it his goal to attempt to track down the car with a colorful past.

« Xzibit Reacts to the Horror Stories of “Pimp My Ride”