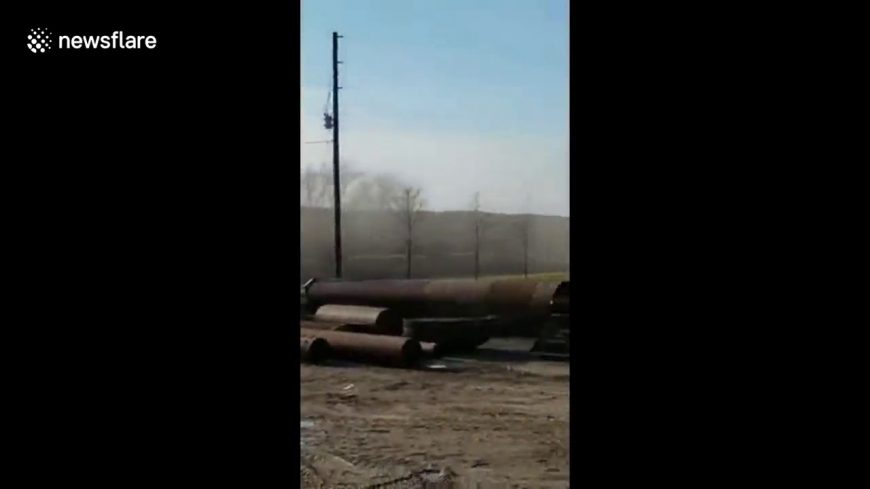 If there’s one thing that you certainly don’t want to mess with, it’s the momentum that a train puts together barreling its way down the tracks. In many situations, if you’re about to get into a collision with a vehicle, there is some type of recourse that the driver of the vehicle can take in order to try and avoid it, however, with trains, with that much moving mass at once, it’s definitely not something I’m going to stop on a dime. Therefore, if you happen to get in the way, it probably won’t be good for you as all of that weight is probably going to destroy whatever is in its path.

This time, the topic of the discussion is none other than a semi truck loaded up with farming tractors that ended up getting into some trouble when it couldn’t make it over a set of train tracks and after getting stuck, the driver wouldn’t be able to get out of the way as there wasn’t enough time to try and get the load off of the tracks before the train came barreling in, plowing into the pieces of farming equipment and completely ripping them limb from limb along with the trailer that they were sitting on. That’s definitely not a way that you want to end your day but luckily, reports from the scene say that nobody was injured in the situation.

If you still weren’t convinced of the power that these trains put forward, be sure to head down to the video below as it was all captured on camera in a pretty devastating wreck, at least if you look at it from the perspective of mechanical well-being. After this little encounter, I would highly doubt that there is any part of those tractors that are going to be able to be reused in any possible way. This is going to be an interesting one to explain to the recipient of this delivery.